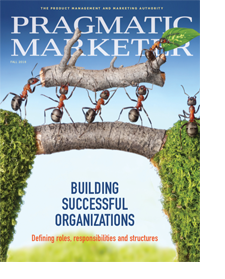 There’s no shortage of information about soft skills. You can find a wide range of buzzword-filled articles extolling mindfulness, emotional intelligence, decision-making and more. However, information isn’t the problem. Putting soft skills into practice is the real challenge for product professionals today.

It’s one thing to understand the importance of having empathy for another product team member. Yet converting that knowledge into action is altogether different.

Dr. Maddox suggests that soft skills can only be applied through behavioral skills training in the brain. That means we can’t just say, “We got this,” and move on. An intentional approach is required and is something most of us never actually do. This is because we’ve lacked training tools that directly exercise our behavioral skills system. And we’ve been lacking them for a century.

After teaching public-speaking skills to more than 18,000 white-collar workers, Dale Carnegie observed that the thriving modern world of the early 20th century was desperately missing something. It was something that millions of professionals needed as they tried to navigate the dynamic business climate of the 1920s. They just didn’t know what it was.

Fortunately, Dale felt he discovered the key in a 1918 study. He believed the findings of this research could unlock success for modern white-collar employees—helping them go beyond professional competence, mastery of facts, a determined work ethic and a commitment to quality.

In 1926 Dale wrote about the concept he uncovered in his book, Public Speaking: A Practical Course: “According to experiments conducted by the Carnegie Institute of Technology, personality has more to do with business success than superior knowledge.”

Through this statement, Dale revealed a “light-bulb” moment. His focus shifted from simply teaching the mechanics of public speech to coaching a keen awareness of human nature. The principles he began to define ultimately took shape in his timeless bestseller, How to Win Friends & Influence People, published 10 years later. This evergreen classic has been ranked as the seventh most influential book of the 20th century and continues to sell 200,000 to 300,000 copies per year.

While there are distinct differences between the professional world of the Roaring ‘20s and the present, there are commonalities too. Why are we still wrestling with the concept of soft skills vs. technical skills? Shouldn’t we have mastered human relations by now?

Recent studies in 2015, 2016 and 2017 by McDonalds, Deloitte, and Harvard all underscore the incredible value of soft skills. But, they also point to a glaring deficit of those same soft skills in professional fields.

So, I’ll ask the question again: Why is this something we’re grappling with today—and more specifically, within product teams?

In Product Management in Practice, author Matt LeMay is blunt: “… far too many people and organizations hire product professionals based on hard skills that have precious little to do with the day-to-day work that those individuals will be expected to perform.”

During an interview on The O’Reilly Design Podcast, Matt went a step further and offered his definition of the product professional’s role. “To me, it is all about being the connective tissue, being the glue that connects whatever the different roles are within your organization. But whoever those different players are, your job is to be aligner-in-chief or translator-in-chief. The person who is ultimately responsible and accountable for everybody having a shared language and a shared sense of purpose.”

So how do we do that? And how do we go beyond just understanding that empathy, communication, and teamwork are absolutely critical to the role? How do we actually cultivate these qualities so they flow naturally from ourselves?

The first step is to embrace the idea of being frank and direct within the team environment.

"It’s one thing to understand the importance of having empathy for another product team member. Yet converting that knowledge into action is altogether different."

Merriam-Webster defines candor as “unreserved, honest or sincere expression.” It's essential to teamwork and the key ingredient to communicating fully and openly by not withholding or misleading. So how do we get there as a product team composed of diverse personalities and backgrounds?

Improving the Way We Work With Others

Published in 2008 by the NeuroLeadership Institute, NeuroLeadership Journal: Volume One outlined a structure illuminating on how to improve the way we work with others called the SCARF model. Developed by Dr. David Rock, it defines five key areas of social experience that the human brain monitors at a subconscious level: status, certainty, autonomy, relatedness, and fairness.

Status is our perception of where we are in relation to other people. An increase in status is a reward; a decrease is a threat. We’ll often argue with others when we feel our status is under attack. And interestingly, research has shown that when we experience a drop in status, our brain networks light up just as when we experience physical pain.

Certainty is our ability to predict the future. Increasing it is a reward; decreasing it is a threat. Studies demonstrate that ambiguity of any kind generates a danger response. Clarity and clear expectations provide certainty.

Autonomy is having control or having choices. Increasing it is a reward; decreasing it is a threat. And zero autonomy can make small amounts of stress feel overwhelming. If we feel we have choices, stress is reduced.

Relatedness is being safely connected to people around us. An increase in relatedness deems someone a friend; a decrease deems them a foe. We trust friends and distrust foes. In general, our brain labels everyone a foe until they prove they are a friend, usually by finding common ground.

Fairness is a state of being where people are ethical with one another. Increasing fairness is a reward; decreasing it is a threat.

The journal explained that minimizing threats and maximizing rewards is how the brain organizes incoming information. On autopilot at any given moment, our brain can be in either of these two states: minimize threats or maximize rewards. And which state we’re in will impact our ability to work with others.

For example, a perceived threat to our status activates the brain in the same manner as an actual life-threatening situation. Many everyday conversations mirror this example. When feeling threatened, we often defend weak arguments because our brain subconsciously believes our life is at risk.

Knowing what these brain-based insights are is a helpful first step. However, understanding how to circumvent them in the future is truly empowering. Here’s a quick look at some actionable ways to practice the SCARF model.

When we attack someone’s status—It’s easy to threaten someone’s status by offering advice, feedback or instruction. These are all activities essential to product management, but nothing puts a person on the defensive faster, shutting down collaboration and communication.

So how do we sidestep this minefield? Dale Carnegie once said, “The deepest principle in human nature is the craving to be appreciated. Become genuinely and actively interested in other people and show it.” Cross-functional team members will be much more open to candid advice when you’ve shown appreciation for what they contribute.

When we mess with someone’s certainty—Changing product requirements, direction or strategy on the fly flushes certainty right out of the brain. This causes stress because the brain must use more resources to process unfamiliar information. Yet, there’s a simple way to reduce that feeling of uncertainty. Proactively involve stakeholders from engineering, design, marketing, sales, etc. in revamping those plans. It will give them a sense of clarity and alignment, which increases certainty because you brought them into the process. And even though things might not happen as planned, the act of setting clear expectations together can instill confidence in the face of change.

When we don’t build and nurture trust—For eons, tribes have ensured human survival. We naturally trust those in our own tribe and distrust those who are not. It’s called relatedness. When we trust each other because of our relation, information flows, and collaboration increases. Yet we often forget that taking time to share personal stories helps bond relationships. It’s easy with coworkers who like the same indie band or that corner Thai restaurant. But how about the person from a different culture or subculture who seemingly has nothing in common with you? Someone with potentially opposing views or beliefs? Start intentionally building and nurturing trust by learning their story.

When we jeopardize someone's autonomy—Working on a product team naturally reduces a sense of independence. So what can we do when managing multiple personalities and processes in our role? Possible threats to autonomy will be offset when status, certainty, and relatedness are increased. Make investments in those areas. Feeling appreciated, involved and part of the team fosters an environment where people know their voice is heard.

When we’re not fair—Nothing is more unfair than a double standard; actions really do speak louder than words. There’s a distinct difference between saying one thing and doing another. However, consistent and transparent communication that matches our actions will safeguard a fair product team atmosphere. This requires a level of self-awareness that doesn’t come easy. It also demands humility. Admitting when we are wrong, make an error or miscommunicate something is more difficult than shifting blame onto others. But in doing so, we will positively trigger a sense of fairness among colleagues.

Using these soft skills, how might you respond differently in future situations with product team members? Think about it and write down one way you can practice what you’ve learned. Now go implement it. I wish you nothing but the best!

Bryan Kelly helps product professionals build a practice around soft skills. For over a decade he's helped product teams intentionally practice skills that foster better communication and collaboration. Visit softworkspractice.com for simple tools that will help you improve soft skills through a blend of neuroscience, psychology and practical know-how. 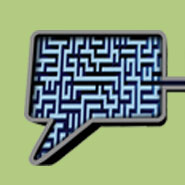 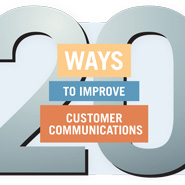