Marketing the Moon: We Have Liftoff “We were … marketing the United States of America”
– Captain Eugene A. Cernan, USN (ret.), the last man to walk on the moon.

Apollo is the largest and the most important marketing case study in history. It’s a story about marketing that needed to be told, but to date had not—and certainly not from the perspective of marketing and PR practitioners.

This greatest technological achievement of the 20th century was also a global event, as an estimated 600-million television viewers watched and listened as the Eagle lunar module landed on the moon and the first human footprints marked the lunar surface. The buildup to the moment was long, but there can be no denying that the drama was epic and the dangers very great. Within the scientific community, it was understood that nearly every possible scenario required detailed preparation, ranging from anticipating physical mishaps and catastrophes to the remote likelihood that the astronauts might return to Earth carrying dangerous microbes. The achievement of broadcasting live television from the moon was nearly as astonishing as landing there.

Ask anybody over the age of 50 about the moon, and they’re likely to talk about the amazing live television broadcasts from the lunar surface. On July 20, 1969, workers called in sick and children stayed home from school. Crowds gathered around televisions in department store windows and in parks where giant monitors had been set up. Local community papers and magazines, including the ubiquitous American coffee-table staples Life and Time, as well as radio and television news programs provided unprecedented and sustained coverage. And in the drama of the event, the attention of millions of people collected as one.

I was eight years old when Neil Armstrong and Buzz Aldrin landed their lunar module Eagle on the moon. I remember when subsequent missions occurred during the school day, televisions were wheeled into my elementary school classroom so we could watch liftoffs, lunar extravehicular activity “moonwalks” and splashdowns.

Live television from the moon, conceived and developed by the National Aeronautics and Space Administration (NASA) in partnership with many contractors such as Westinghouse and RCA, was the ultimate in content marketing. What better way to showcase what your organization is up to than providing live, real-time video footage that any television station could broadcast at no charge?

As important as all the live television transmissions were to the American people who footed the bill for Apollo, they almost didn’t happen. Live television transmissions were not in the original plans for Apollo. Many administrators at NASA said television was unnecessary. Engineers argued that live video was a waste of valuable resources. And most of the original astronauts and their bosses insisted that operating television cameras would detract from the important work of the mission. Television made it on board the Apollo missions only as a result of the efforts of a small group of NASA visionaries, dedicated teams of engineers and years of persistence.

Scheer took his case directly to the engineers. “Weight was a critical issue, no question about it,” he said. “But I insisted, ‘You’re going to have to take something else off. That camera is going to be on that spacecraft.’” In response, the engineers fought back. “No, no, you don’t understand. It’ll interfere with flight qualifications,” Scheer recalled them insisting. “Our job is to get the astronauts to the moon and back safely, and bring a [soil] sample back—not to appear on television.”

Among the astronauts, Tom Stafford, a member of the second group and a veteran of two Gemini flights, voiced his disagreement with astronaut Gordon Cooper and many of the original Mercury 7. “One thing that always surprised me about Deke Slayton and most of the Mercury astronauts was their indifference—or animosity—toward the public affairs side of the manned space program,” Stafford wrote some years later.

In his position as head of mission planning for the Apollo astronaut group, Stafford became a major advocate for live television. “It was clear to me that the American public was paying for Apollo and deserved as much access as it could get. They should see the wonders we saw. Hasselblad photos and 8mm movies were great, but nobody saw them until after a mission was over. What better way to take viewers along to the moon than by using color television?”

Kraft and Stafford, together with Scheer and the others on the public affairs team, fought years of resistance. “I even got a note from Deke Slayton that said, ‘We’re not performers, we’re flyers,’” said Scheer. “They could never see the big picture. But they weren’t landing on the moon without that [TV] camera on board. I was going to make sure of that. One thing I kept emphasizing was, ‘We’re not the Soviets. Let’s do this thing the American way.’”

There’s no doubt that live television from the moon is one of the most memorable human legacies of the twentieth century. It is an epic story of visionaries struggling against entrenched notions of access and information distribution. That the content was conceived and paid for by NASA to educate and inform both the Americans who were paying for the program and the rest of the world that was in awe of America’s technical prowess presents a fascinating business case study that teaches modern marketers a great deal.

I wrote “Marketing the Moon” with Richard Jurek, and we had always assumed that NASA had a massive PR machine that drove Apollo. That’s the common wisdom and the position frequently incorrectly reported in books and articles. What we learned by speaking with half of the men who walked on the moon, NASA public affairs officers, PR representatives from contractors like Boeing and Raytheon and journalists from outlets like Reuters and the New York Post is that NASA didn’t put a man on the moon alone: It was a team effort by NASA, industry and the media.

During the Apollo program, public relations was most often handled by the private contractors and subcontractors of the program. They had reason not only to get the story out about their involvement in the program, but also to sell their capabilities on both the national and international stages. This was a fascinating partnership between NASA and industry.

NASA had a lean public affairs team for such a large government agency, consisting of only 146 employees in 15 locations across the country in July 1969. Therefore, the contractors’ public relations representatives became primary sources of information about technical aspects of the Apollo missions for thousands of journalists.

“We knew each other, we talked, and as the program gained momentum in ’68 and early ’69, all the PR guys got together and tried to figure out how we could carve out a little bit for ourselves and be of assistance to the thousands of journalists around the world who were following the program and coming to Houston for the moon landing,” Harold Carr, a public relations representative for Boeing at the time, told us. “Whenever the press had detailed questions about spacecraft design, hardware or spaceflight subsystems, the answers came from PR representatives from the companies that built the components. Chuck Biggs, a NASA public affairs officer during Apollo, remarked in an interview with us years later, “We sure didn’t do the PR job by ourselves. We needed representatives from Rockwell, Martin Marietta and all the other contractors to do the job. By head count, we had more contractors’ public relations people than we had NASA employees.” It was a true communications partnership created to tell the Apollo story worldwide through the media.

As the largest and most important marketing case study in history, Apollo provided us with lessons on how to get buy in, develop audiences and create content—and those lessons are just as important today as they were 50 years ago. 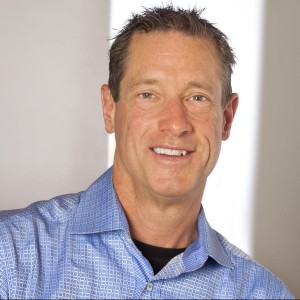 David Meerman Scott
David Meerman Scott is an internationally acclaimed business strategist, entrepreneur, adviser to emerging companies and public speaker. In addition to Fanocracy, he is the author of 10 previous books, including The New Rules of Marketing & PR.Follow him on Twitter or connect with him on LinkedIn.
Tags: Leadership