How to Lead Your Team in Social Media

In a recent Harvard Business Review survey of 2,100 companies, only 12 percent of respondents rated their use of social media as “effective,” and less than half considered social to be an important component of their marketing strategy.

That shouldn’t be surprising, since less than one-third of these companies’ executives designated social media use as a high priority. When company leadership doesn’t prioritize social initiatives, it sends the message through the ranks that social isn’t important.

But more than 75 percent of people prefer and trust social media as a source of information about companies they do business with, according to the Edelman Trust Barometer. And according to BRANDfog’s 2013 survey, 70 percent of respondents said brands seem more trustworthy and honest when their CEOs use social media. Today’s consumers expect transparency and open communication. Your customers are searching for information about your company online, and if you don’t have a presence on social platforms, they’ll rely on what others are saying about your brand.

Executives who don’t engage with customers via social media are missing a prime opportunity to communicate their companies’ core values and boost their credibility. And as a leader, it’s vital to give your employees and peers the tools they need to execute an effective social strategy. You can lead this charge by becoming a socially active leader.

1. Clearly communicate goals. This best practice might sound simplistic, but when employees understands that directives come from the very top, they are much more likely to “row together.” Make the strategy and objectives well-known, leaving no room for ambiguity.

The other side of this is that if you don’t champion social media, it sends a message throughout the organization that causes others to second-guess these initiatives. If leadership doesn’t believe these activities are important, why should they?

Reinforce messages about the importance of social media efforts while circulating through the company’s facilities. Take a few minutes in the lunchroom or cafeteria, and stop by offices and cubicles to demonstrate interest and show support for a new initiative and those leading the charge. This underscores your endorsement and validates the significance of the plans, which results in buy in and more positive attitudes toward the new program.

2. Encourage participation. Twenty-five percent of customers who complain about a product on Facebook or Twitter expect a response within an hour, according to American Express Open Forum. And customer surveys reveal that a substantial percentage of customers would never do business with a brand again if they had even one negative experience with it. Yet so many brands ignore customers on social media altogether.

Consumers are now in control. Armed with a plethora of choices for product and service offerings, they want to deal with companies via the platforms they find most appealing, so a presence on a given platform can be important for purchase considerations. This shift provides many more opportunities to engage consumers directly. But it has also resulted in many companies being uncomfortable with–and ill-prepared for–additional points of contact with the public.

Encourage all organizational members to take responsibility for business objectives and understand how their individual tasks support the common goals.

3. Allocate appropriate resources. According to the Harvard Business Review survey, only 12 percent of organizations have dedicated staff members who work only on social media—and fewer than half of those have the equivalent of one dedicated full-time person.

To build an effective social presence, company leaders must hire enough people to manage social channels, respond to consumers and create great content that enhances the brand’s image. But let’s take it one step at a time. Building and maintaining a social media presence requires more than a hodgepodge “team” consisting of someone from accounting, another person from HR and a third from customer service. The department needs trained personnel who are equipped to do their jobs properly.

Technical acumen with social networks is not enough. You must have employees with the demeanor to deal with customer-related issues. A seemingly joking reply to a customer’s tweet could be perceived as flippant or rude, and result in the end of a relationship with a once-loyal customer–and it could trigger negative word of mouth across Twitter.

Make it clear what’s expected in these roles and provide the department with guidance, direction and accountability. They also need interaction and cooperation with personnel in several other departments and areas: subject matter experts, experienced consultants and a variety of vendors. And like the managers of all departments, the person overseeing the social media department must meet with members of the C-suite to keep them informed, obtain approval for budgets and receive directives from company leaders regarding business objectives. Hire someone you would consider a “superstar” and future executive to run this department—and then highlight this department’s importance and equal standing with the other departments.

Many leaders shy away from engaging on social media, because they don’t understand its value. Others fear that customers, employees or stakeholders will respond negatively when, in fact, the opposite is true. Leaders who reinforce company social media efforts build rapport with customers and increase long-term brand loyalty, which can inspire their employees to do the same. 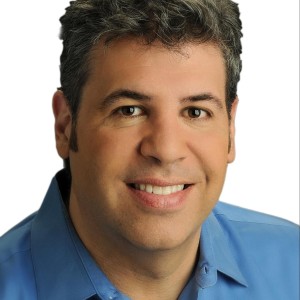 Stephen Monaco is a multi-channel integrated marketing thought leader, innovator, author and speaker. As a marketing consultant and social business strategist, Monaco advises companies on driving strategies and leveraging digital media to effectively realize business goals. He welcomes anyone to reach out to him on Twitter, LinkedIn, or Google+. For many reasons, you might find it hard to get face-to-face with customers and prospective customers. We’re going to outline a more sustainable path that overcomes these common problems. We’ll even discuss some advantages if we think of these circumstances not as constraints but as opportunities. So, why talk about the mechanics of setting up meetings? The simple answer is the act of setting up meetings with buyers and users is time-consuming and difficult. I work with clients all the time who keep reporting that the actual process of setting meetings with their buyers or their users can be an impediment to achieving a specific quantity of meetings they want to have in a given quarter.  But, if you don’t get meetings, the NIHITO principle is limited in its impact. I’m going to share strategies to identify your audience and effectively set up meetings. 7 Steps to Complete an Efficient and Useful Market Visit

NIHITO stands for “nothing important happens in the office,” and it is a foundational principle utilized during the market visit of the Pragmatic Framework that should profoundly influence product leaders.