Plus a Few Lessons for UX Designers

A few months ago, my son’s kindergarten teacher asked me to share what I do after I drop my son off at school. I had to follow on the heels of one mother who is the vice principal of a middle school and another who is a professional stylist for children. My curious 5-year-old was able to enthusiastically recount in great detail what the other mothers do for a living and their impact on the world. Thankfully, I believe my job impacts the way people work—and the world itself—by making workers more effective and productive. But I worried I would not be able to explain this meaningful work to my son and his classmates. After all, Caroline’s mother made her role come to life by taking my son’s class to her middle school, where they saw older students walking through the halls and visited her office. Wren’s always put-together mommy brought in clothes and a makeup bag she uses in professional photo shoots and showed photos and magazines where her work was featured.

How could I explain that I create HR enterprise software to a group of rambunctious 5-year-olds? I pondered showing them some of the screens we had usability tested a few weeks back. Nope, that wasn’t going to hold their attention. The standard PowerPoint that I share with clients to explain user-centered design wasn’t going to cut it either.

I figured that I might not be able to explain creating experiences with enterprise software, but I could give the little ones a lesson in the basics of user experience. I decided to take a page (okay, maybe pages) out of Don Norman’s book The Design of Everyday Things to aid my discussion and make it more hands-on and interesting for the class.

Here is the primer, with some lessons for enterprise UX design sprinkled within. I started by showing the class a picture of a pair of rain boots with the toes cut out. “What do you think of these boots?” I asked the class.

The children pealed with laughter.
“Those rain boots won’t work!”
“Your feet will get all wet!”

I explained that these boots are exactly as they noted: not useful.

Lesson for UX designers: Make sure the products you design are useful and solve the user’s problem. Create solutions that don’t force users to use a workaround. This enables users to achieve their goals in a meaningful, productive way. Next, I reached for an iPad and showed a screen from a children’s game. I asked the class what they would click on  to start this game.

The eager class belted out that they would click on the green arrow. Instinctively, the children knew where to press to start the game.

Lesson for UX designers: Using bold childlike imagery or text isn’t the solution for enterprise software, but the user interface must include a clear call to action for each task so that users may efficiently complete their work in the system.

Next we walked over to the light switch in the corner of the room.
I asked the children, “How would you turn the light on?”

A number of the I took a moment to explain that through use, we come to expect certain actions or tools to work in a consistent and known manner.

Lesson for UX designers: Design interfaces and experiences that match the user’s mental models. As Wikipedia states, a mental model is an explanation of someone’s thought process about how something works in the real world. It is a representation of the surrounding world, the relationships between its various parts and a person’s intuitive perception about his or her own acts and their consequences. Mental models can help shape behavior and set an approach to solving problems (akin to a personal algorithm) and doing tasks.

Consistency is critical when selecting widgets or placing navigational objects on the user interface. A user must be able to complete tasks in an efficient manner; having known navigational or gesture patterns in place creates a seamless user experience. 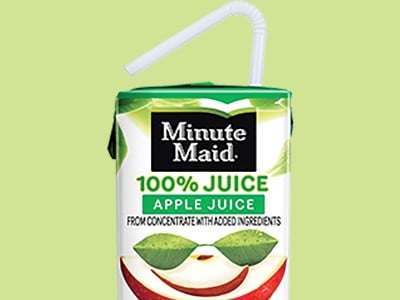 4. Pain Points Next, I passed juice boxes around so they could touch and feel a physical object and provide feedback.

As the children tried to sip their juice, I heard a number of comments:
“Can you help me take my straw out of the wrapper?”
“I can’t put my straw in the box.”
“Can I have a tissue?”

After my end-user observation, I asked the thirsty kindergartners about the issues that arose with the juice boxes. The expert end users described their challenges:

• The straw can be hard to remove from the box.

• Putting the straw in the juice box is difficult; little fingers often tried to insert the wrong side of the straw into the box.

• The juice can easily spill when the student accidentally squeezes it.

• It’s hard to know if you have finished drinking the contents of the juice box.

Lesson for UX designers: Understand your users. For enterprise software, your user might not be the person purchasing the software. Continuously improve the design of your product by testing it with end users and understanding their wants, needs and pain points.

My examples were complete and I had a bunch of sugar-happy students on my hands. I took a few minutes to explain the concepts we had discussed and experienced. Then, I summarized what I do at my work to the class: “I make sure that your mommies’ and daddies’ work can be done in the most effective and efficient manner possible.”

My presentation done, I left the school feeling that perhaps there were some design thinkers in the group who might just have been inspired.

That night at dinner, my son said, “Mommy, I am glad you make it easier for people to do their work! Did you bring any of those extra juice boxes home?”

It goes to show you that everything you need to know you learned in kindergarten. And once in while it’s good to get a reminder of that simple approach to learning.

Ask the Expert :The Designers I Work with Keep Asking Me to Bring Them in Earlier. Should I?

The Old Truths of Sales Enablement and Go-To Market Strategy

The 3 Rules Behind the Most Successful Products

So you want to create a thriving product organization…?

For product and design teams, a “black box” understanding of each other’s functions can create problems like poor communication and lack of trust, resulting in inferior products. Pragmatic Institute’s design practice directors explain how both groups can move into the sandbox: a space to build new things together. Learn how an intentional approach to collaboration will help you improve product quality and your team’s efficiency in achieving market-winning, delightful solutions.