Crowd Branding: How to Do it Dunkin’ Donuts recently gave “getting together over coffee” a whole new meaning with the launch of its Dunkin’ Coffee Customizer. The mobile tool let people create their own coffee drinks and then share those creations with friends on Facebook. It’s a great example of how to get folks interacting, engaging and sharing the message of your brand. Marketing communications is now a two-way street between businesses and customers, and companies like Dunkin’ Donuts are embracing that. People engage and interact with the brand, then share their encounters with 300 to 500 friends. And like that, for free, the crowd around you has done your brand marketing for you—and you’ve gone viral. I call it “crowd branding.”

To be effective, those two-way communications should make the people around your brand have a warm, happy association with it. They shouldn’t see you as just a broadcast channel on Twitter, tweeting that you had a summer cookout at the office or had corporate news go over the wire today.

Creating a positive association can be as simple as getting involved with a local charity and tweeting a message behind the cause. People who aren’t customers or would never even be customers might retweet your message. People live on their tablets and mobile devices these days, and you can get nice economy of scale out of igniting the masses like that—no matter the size your marketing budget.

Another example can be seen in companies like Groupon or Living Social. If you broadcast one of their daily deals and get five people to sign up, they will give you an incentive of $10 off X or a free offer. That’s crowd-branding thinking: Make a small investment in the crowd around us and give them the opportunity to broadcast our message.

At one mobile-application-management-platform company, we gave away 20 extra passes we had for a CIO summit in Boston via a Twitter contest. We were able to target CIOs who were not yet customers, and it didn’t cost us anything. Then, at the event, the team could meet face to face with the winners and make the sale. Our contest winners were awarded free passes to the event, and we were awarded some of their business. That’s a win-win.

Crowd branding in the B2B space might require more steps, but it can be more beneficial and often run with much more success than on the consumer side. Let’s look at the steps needed to set up crowd branding and how it might be used at an online banking company, which we’ll call Bank X.

Define and align. Set specific goals at each phase, then verbalize and hold yourself to those goals—making sure your efforts align with them. For example, with the recent hit to the banking industry’s reputation, our online banking company wants to generate publicity and good will about its offering. It announces that focus internally, so everyone is dedicated to the same effort and sets a goal accordingly.

Decide on channels. With so many channel options available, it’s important to hone in on what works best for your initiative. Most importantly, when you decide on a channel, set an engagement goal and don’t stop until you achieve it. Bank X finds it helpful to work in a space that it is familiar with, and decides to make the most of its strong Twitter following. They set a goal to secure 50 new followers and garner 75 original tweets using the contest hashtag.

Have brainstorming sessions. Once you know your goal and the channels to broadcast the messages through, begin brainstorming. Make sure it is done in a comfortable environment where participants don’t fear being judged. For Bank X, this leads to a one-week contest where its small-business customers submit the best ways they’ve reallocated savings they’ve gotten from the company’s product. That generates stories that are beneficial to the brand, with customers spreading a great message with examples like “we used that money we saved to have a summer outing” or “we went on a harbor cruise.”

Find a partner, if necessary. Partnering with another company can give your effort more value in the industry or the channel. It can also provide you with resources you don’t have access to. For example, if your blog doesn’t carry enough weight, anchor the effort by partnering with an editorial entity. Be strategic in how you set your goals here. Several publications might be interested in this sort of partnership, but prioritize which publications are most important to your customers and hammer out the details with the reporters, asking, “What would be of interest to you?” In the case of Bank X, we have an advantage as media are always looking for customer stories. We partner with Online Banking News, where they love to hear how small businesses are using Bank X technology to save money and then reinvesting that money in their staff for a happier work force. We also use the editorial partner to judge the entries, so we’re not judging our own customers.

Make the most of the exposure. Strike while the iron is hot. Once your effort has launched using the main channel you have chosen, look at ways to maximize exposure in other channels. For Bank X, to go even more viral and increase the crowd branding, it requires participants to tweet with a specific hashtag once they submit their case studies. Once the Online Banking News editors decide on a top 10 from the entries, they put it to a public vote. The finalists’ job—whether on Facebook, Twitter or however they want to do it—is to ask people to vote. At the end of three days, we tally the votes, and the top five win.

Winners are featured on the Bank X blog and in Online Banking News. It’s a great customer story for Online Banking News, and a way for the top five to get the word out about their companies. You’ve created an event that benefits everyone, and generates nice publicity and buzz around your brand—as well as the good will you were seeking. When the story is live, Bank X also can track which customer leads came from reading it.

There is a lot involved in the crowd-branding process to ensure the end goal is met. But the returns can be huge. In the case of Dunkin’ Donuts, I created an iced coffee, and so did my brother, little sister and about 500 people in the first half hour that post went up. We were all creating mini ads and sharing them virally with friends for Dunkin’ Donuts for free. It’s brilliant when it works like that, and it’s a great demonstration of the constant innovating and reinventing of the wheel that is such a big part of this marketing game. 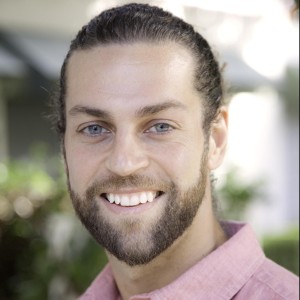 Zach Servideo
Zach Servideo has supported public relations, marketing and social media initiatives across a broad spectrum of private and publicly held companies, as well as provided strategic business counsel to a wide range of technology startups. Having been a successful part-time media consultant while working at large public relations agencies, he established his own tech media consultancy, Servideo Media Consulting LLC. He can be reached at servideo13@gmail.com.