Why China Matters More Than Ever 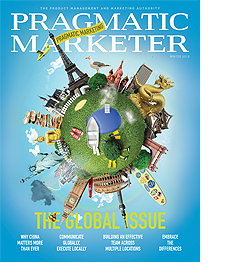 In the digital age, global expansion is more important than ever. And it’s a core requirement for what we want to do at Prophet: build brands, transform businesses and move society forward. Most of the companies we work with are either global already or aspire to be. And since the fastest-growing part of the global economy is in Asia, we’re increasing our presence there, despite the intensifying competition. We’re so sure that China is an essential bet that we recently opened an office in Shanghai. (We already have one in Hong Kong.)

China is a fast-growing economic superpower, but it’s no secret that marketing in the country is incredibly challenging. While companies from around the world have been aggressively staking claims there for decades, growing tensions about international trade agreements have many on edge. And between China’s blossoming middle class, emerging lower-tier cities and exploding digital landscape, there’s been a baffling proliferation of brands.
That level of competition is enough to make some companies think that if they haven’t moved into China yet, it’s too late. Or even if they’re already there but just treading water, it’s time to pull up stakes and go home. Either decision would be a big mistake.
As a result of our own expansion into the region and the work we’ve done with clients—both Chinese companies looking for new growth and outsiders wanting to stake their claim in the Middle Kingdom—we’ve discovered six lessons that all companies considering global expansion should know.

Get comfortable with contradictions

While it’s true that human beings are pretty much the same all over the world, Chinese consumers can seem very different to outsiders. One reason is that they are driven by two conflicting motivations, says Tom Doctoroff, a longtime China expert and Prophet senior partner. “They want to project their status, but they also want to protect their economic and social interests.”
On one hand, Chinese consumers have a passion for luxury brands—they love to live in apartment buildings with over-the-top names like “The Gathering of All Heroes Under Heaven” and spend plenty on expensive wines drunk outside the home. On the other hand, many have sky-high savings accounts and harbor an obsession with feng shui, a philosophy that harmonizes design with the environment to minimize risk.
To navigate these contradictions, companies in China should maximize opportunities for brands to be consumed in public. Chinese consumers will pay a premium for goods consumed—and admired—in places where others can see them. Starbucks is an example of a company doing it right. Its real-estate strategy focuses on locations in first-tier office buildings, and stores are positioned as gathering sites for professionals. A cup of coffee with a Starbucks logo costs 30 percent more in China than in the U.S.

Look past the big numbers

Because China is so large, it’s tempting to focus on its enormity and think of it as a monolith. After all, it is by some measures already the world’s largest economy. Its 1.4 billion citizens are increasingly affluent and demanding, and it’s got the biggest (and fastest-growing) middle class in the world. Looking at its sales potential, whether in units of cars or hamburgers or computers, the numbers can be mesmerizing. Snap out of it. The brands that are succeeding here are those that effectively target and segment this vast nation, appropriately tailoring the value proposition for their products and services in ways that are suitable for different needs. They’re skillful about finding niches.
Prophet, partnering with Alimama, the marketing-technology platform of Alibaba Group, recently launched a new playbook for brand building in China called the Brand META Model. It blends China’s unique online and offline characteristics with traditional brand-building tenets to help companies fuel growth and profitability. The model helps companies evolve their targeting efforts to take advantage of the greater amounts of data available in China. Moving forward, the focus of all targeting needs to shift beyond immediate transactions to the value customers can generate over a lifetime. And it means potential advocates and influencers should be identified and cultivated at an early stage.
To take advantage of a vast opportunity in China’s high-end home-appliance market, Dyson enhanced its targeting efforts. It zeroed in on a tightly defined segment: affluent families with high-end taste, the kind of aspirational consumers who would respond most favorably to high-tech vacuum cleaners and air filters. Then Dyson used a sophisticated data-based approach, from pre-data fishing to generating long-term insights, to capture intelligence about those shoppers from the very beginning of their product search to post-purchase loyalty.

Prophet developed the Brand META Model because the need for a modified brand-building approach had become clearer than ever. Despite having access to vast amounts of consumer data and insights, too many companies still chase low-margin share. Local brands, especially, focus on building scale rather than equity. They create a product, find ways to distribute it quickly and widely, then drive awareness with consumers. The result? Product proliferation, commoditization, clutter—and bewildered consumers. Multinational brands, on the other hand, remain stuck in their traditional models of strategy, planning and execution, which has limited their growth, profitability and, ultimately, their relevance.
Omnichannel thinking is important all over the world, but it’s essential in China. Brands need to create experiences that encompass all touch points. Marriott, which ranks as the No. 1 hospitality brand in Prophet’s China Brand Relevance Index, has shaken itself free of its old approach, finding new ways to engage sophisticated travelers. That includes helping them find pre-stay inspirations through digital channels, elevating every aspect of the search and booking experience, and making it easy to share their experiences on social media. Even when traveling outside China, Marriott guests can make requests with a Chinese-speaking WeChat concierge and pay through Alipay.

"Today’s Chinese consumers are very future focused and enjoy the liberated lifestyle that comes from prosperity and mobile technology."

Until a few years ago, Chinese consumers tended to be skittish about online shopping. But internet giants went to great lengths to reassure them, and now they publicly have embraced it at levels outsiders can’t quite grasp. For example, Singles’ Day, conceived and organized by Alibaba, is the biggest e-commerce day in the world. Its date, 11/11, is significant because of the solitary implications of the number one. It created an astonishing $24.3 billion in sales in 2017, a 39 percent increase from 2016. (An estimated 90 percent of those transactions were made via mobile device.) And rival JD.com generated another $19.1 billion in the weeks leading up to the big day. Not only does the relatively new extravaganza dwarf Western events such as Black Friday and Cyber Monday, it means that Chinese consumers spend more than twice as much as Americans on e-commerce, even though their per-capita income is lower.
Led by online malls such as Taobao and Tmall, retail has become a source of entertainment and national bragging rights. Highly trusted online payment systems like Alipay make virtual transactions safer, and e-commerce offers endless opportunities for price and comparison shopping.
Alibaba is talking about e-commerce these days as “new retail,” merging online and offline resources to create a better shopping experience. Nike is also a leader in this space, offering curated product assortments and exclusive services, such as online discounts for offline athletic-training sessions. The result for 2017 Singles’ Day? Some 80 brands topped the 100 million yuan mark, and Nike did it in one minute.

Brush up on your B.A.T. skills

Experts reference China’s B.A.T. digital ecosystem so often that it’s easy for outsiders to think, “Yep, China has Baidu, Alibaba and Tencent, just the way the U.S. has Amazon, Google and Facebook.” But although the comparison implies similarities, the universes are, in fact, vastly different. The scale of B.A.T. isn’t comparable to U.S. companies, and grasping the immense opportunities that this data-rich trio offers marketers is difficult.
Baidu started as a search engine, just as Google did. But now it also offers Baidu Brain (an AI-based artificial neural network), Baidu Cloud, Baidu Music and Baidu Newsfeed. There’s a food-delivery service, too, called Baidu Waimai. Tencent, the owner of social-media behemoth WeChat, just surpassed Facebook in market valuation and provides social networks, web portals, e-commerce sites, music streaming, cloud operations, smartphones and extensive gaming. And Alibaba was founded as a business-to-business e-commerce portal. Today, the company has a market capitalization of $346 billion and dominates China’s e-commerce. (It’s bigger than Walmart and closing in on Amazon fast.) It includes both B2C and C2C e-commerce giants Tmall and Taobao, respectively, online payments through Alipay, as well as online entertainment, healthcare and investments.
All three companies offer many ways to harvest and compare data that can elevate good marketing to great.
OPPO is using data to shake up China’s highly competitive smartphone category. By partnering with Alimama, it can tap into deeper consumer data, both inside and outside of Alibaba’s ecosystem. It is able to categorize consumers into groups such as unaware, aware and interested and tailor messages accordingly. It can also track its engagement efforts in real time via an execution dashboard. This new approach has led to more successful product launches, found OPPO 300,000 new fans and boosted traffic by 120 percent.

One of the things I love most about China—and something most visitors usually pick up on right away—is its strong sense of energy and optimism. It’s palpable. The pace is so fast, and there’s a feeling of aspiration and possibilities. Where there was once one bike-sharing company, there are now close to a dozen. The speed and scale of expansion can be astounding. And there’s a warmth and openness to the people that is inspiring. While it’s an ancient culture, today’s Chinese consumers are very future focused and enjoy the liberated lifestyle that comes from prosperity and mobile technology.
And all this vitality means that status can no longer be a static badge. Brands need that X Factor, the thing that helps combine timeless prestige with modern user experiences.
Mercedes-Benz has been a power brand in China for years, but there is nothing stodgy about its marketing messages. Its tone is youthful and energetic, and copy from its most recent Olympic ads nails the Chinese zeitgeist perfectly: “Nothing ages faster than past glory … Don’t forget! Tomorrow is another training day.”
As companies consider expanding globally, especially as they look at the opportunities in China, it is important to remember the lessons learned from the brands that have already made the leap. These six ideas will be helpful to keep in mind as you plan for your company’s future growth.

Michael Dunn is chairman and CEO of Prophet and has helped orchestrate the firm’s tremendous growth over the past decade. This includes expanding the firm’s global presence and enhancing Prophet’s position as the premier brand and marketing consultancy. As Prophet’s leader, Michael oversees the development of the firm’s strategy, client relationships and people. He also serves as a strategic advisor on client engagements, and has deep expertise in the retail, financial services and technology sectors. Michael is co-author of Building the Brand-Driven Business and author of The Marketing Accountability Imperative. Contact him at m_dunn@prophet.com. 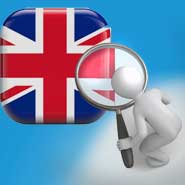 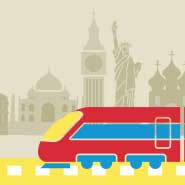 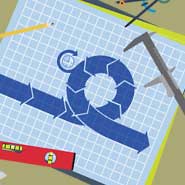 How to Scale Agile: Simple Ideas for a Complex Problem 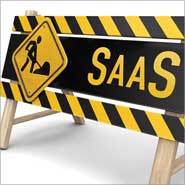