Copyright © 2013 by the author and reprinted by permission of Palgrave Macmillan. 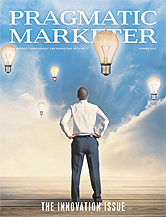 Innovation has always been defined quite differently from invention. The dictionary defines innovation as “the introduction of something new; a new idea, method or device; a novelty.” In a more modern and revised Wikipedia definition, innovation is “the creation of better or more effective products, processes, services, technologies, or ideas that are readily available to markets, governments, and society.” The definition of innovation has now changed to reflect its differentiation from improvement, in that innovation refers to the notion of doing something differently rather than doing the same thing better.

The question of whether innovation is still happening is hotly debated in Silicon Valley circles. There are those, such as mega venture capitalist Peter Thiel and serial entrepreneur Max Levchin, who argue that the United States, which holds itself up as a beacon of innovation, is somewhere between “dire straits and dead.” There are also those such as Peter Diamandis and Ray Kurzweil who believe that the Singularity is near, and our modern definition of innovation has only just begun. Others ask a broader question still: How much innovation do we really need?

I think few on the street would disagree if it was suggested that Steve Jobs and Bill Gates are the paramount innovators of our time. But if you wanted to split hairs, neither man really invented the products that initially marked them as entrepreneurial icons. For example, Steve Jobs’ and Steve Wozniack’s fourth-generation computer—the Apple Lisa—was very much influenced by a three-day visit to Xerox PARC in Palo Alto.

Jobs was convinced that the future of the computer was going to be its graphical user interface (GUI), and wanted to see what Xerox PARC engineers had done with GUI technology, although the GUI had been earlier invented by Doug Engelbart, who was at the time an employee of Stanford Research Institute. Xerox granted Jobs, Jef Raskin (the man best known for starting the Macintosh computer), and Apple engineers access to its GUI in exchange for an opportunity to purchase 100,000 shares of Apple at the pre-IPO price of $10 per share. The result was that Jobs and his staff were able to replicate, enhance, and, in 1984, successfully mass produce and commercially market what Engelbart had invented and Xerox PARC engineers had innovated.

Regardless, it is irrefutable that what these men did remarkably altered the course of the world through the technological “innovations” that they were able to commercially market for both industry and home use.

Inside the Innovator’s Mind

In 2011, Clay Christensen, an authority on disruptive innovation, and his co-authors, Jeff Dyer and Hal Gregersen, who are professors, attempted to qualify the characteristics that the world’s leading innovators had in common. In their book The Innovator’s DNA, they assert that innovative people have “creative intelligence, which enables discovery from other types of intelligence.” The co-authors studied how innovators go about their business, how their methods differ from traditional businesspeople, and what other leaders can learn from their habits. They found that these people possess five discovery skills: innovators are associating, questioning, observing, networking, and experimenting. Innovators are also curious, observant, and ask a lot of questions. Such individuals are chronic experimenters who are not afraid to play around with their products and business models. It would be rare for an innovator to see an object and not question how it could be improved upon in his or her mind experiment and visualize an improved creation. Innovators are more likely to create new ideas if they have lived or spent considerable time in another country.

The authors believe that the companies that have the highest innovation premiums display the same habits as individual innovators. In addition, these companies work hard to attract the most creative people and develop the types of environments that will keep them around to help the company to innovate. One way to stimulate innovation is through the practice of job swapping, something that Google executives have found to be an advantageous way to provoke questions and stimulate greater efficiency. Job swapping—which can take place within the context of different divisions inside of one company or between different companies—provides the means for businesses to create an environment of surprise that is needed to free employees from traditional biases and assumptions. This “outsider’s perspective” is also a way for individuals and companies to recognize the trends and ideas that are emerging from the larger global environment.

It is this very environment of increasing complexity that is changing the rules of innovation. Designers at IDEO, an international design firm and innovation consultancy, believe that the inventive design thinking process is best thought of as a system of overlapping sequences of, rather than a series of, orderly steps: inspiration, ideation, and implementation. Inspiration comes from recognizing a problem or opportunity that motivates the search for solutions. Ideation is the process of generating, developing, and testing ideas. Implementation, of course, is effectively executing the idea.

IDEO designers talk about how “design thinking is a deeply human process that taps into abilities we all have but get overlooked by more conventional problem-solving practices. It relies on our ability to be intuitive, to recognize patterns, to construct ideas that are emotionally meaningful as well as functional, and to express ourselves through means beyond words or symbols. Nobody wants to run an organization on feeling, intuition, and inspiration, but an over-reliance on the rational and the analytical can be just as risky. Design thinking provides an integrated third way.” IDEO’s CEO, Tim Brown, believes that the best innovators are T-shaped—they need to have deep expertise in one area and a broad interest in many others.

Silicon Valley will always be a leader in innovation when you have companies like Apple and Google leading the way. Steve Jobs once said, “Innovation distinguishes between a leader and a follower.” To no one’s surprise, Apple is the world’s leading innovator, and there is quantifiable proof. Consider Apple’s innovation premium, which is the “proportion of a company’s market value that cannot be accounted for from the net present value of cash flows of its current products.” It was 52 percent during Jobs’s second tenure at Apple in comparison to – 30 percent from 1985 to 1997 when he left the company. Call it Steve Jobs’s vision or his marketing genius for being in touch with what consumers wanted—the company thrived when he took it over again.

Today, while Apple may have slipped to an innovation premium of 35.7 percent according to Forbes’s “The World’s Most Innovative Companies,” it does remain a leading tech innovator in the world due to the iPhone and its spinoff innovations, companies, business models, and processes. The smartphone has singlehandedly altered the course of the way people live their lives. The number of downloaded apps is estimated to hit 49 billion this year. And there truly is an app for everything: health, transportation, entertainment, social networking, business, organization, design, and philanthropy.

Just wait until your smartphone offers you personalized healthcare. A company called Alivecor is testing how to turn your phone into an EKG monitor that will automatically transmit data to a cardiologist, a product that is expected to cost $100 or less. Withings has also created a smartphone-enabled blood pressure cuff that automatically inflates, deflates, and then records the pulse rate and the blood pressure of the patient. Its app will graph the pressure over time to make trends more apparent, and then will share the information with a doctor via your iPhone or iPad. The cuff retails for $129.

If this all sounds like the full-body diagnostic “tricorder” from Star Trek, it’s not far off. A day is coming soon when your smartphone will be able to provide full-body personalized healthcare. There is currently a $10 million prize offered by the X-Prize Foundation for anyone who can invent it.

Deborah Perry Piscione is the creator of Alley to the Valley, an organization that networks the world’s most influential women for dealmaking, and BettyConfidential. Since moving to Silicon Valley from Washington D.C., she has successfully founded three companies in six years. Piscione has served as a commentator on CNN and NPR, and has appeared as a guest on Today, Wolf Blitzer Reports, The O’Reilly Factor, Hardball with Chris Matthews, and Politically Incorrect, and has been a featured guest on PBS, BET and NPR programs. Piscione has won numerous awards, including the 2009 Silicon Valley Women Business Owner of the Year, a Gracie Allen Award for her participation in a debate for NPR’s Justice Talking, and a distinguished award from The White House Project. She has been featured in leading women’s magazines such as Ladies’ Home Journal, and in newspapers including The New York Times, Chicago Tribune, and Dallas Morning News. 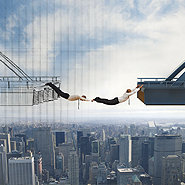 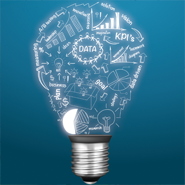 Is It Innovative or Another Bad Idea? 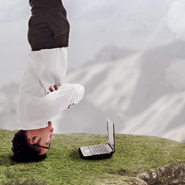 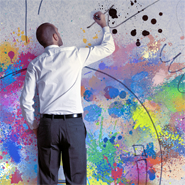 The Optimal Way to Innovate