Take a few moments and make a list of everything that jumps to mind about the behaviors of effective leaders. Think back to training programs you’ve attended, books you’ve read or the nearly infinite number of articles you’ve encountered that all sound something like: X Tips to Become the World’s Greatest Leader.

Lock in those thoughts for a moment. Take notes.

Got those locked in your gray matter or scribbled down in front of you? Now review those behaviors.

I’ve run this exercise live in many workshops, and I suspect your results are similar. Terms that speak to respect, feedback, coaching, direction-setting, words/actions matching, and trust and credibility make up the bulk of the lists. Something called “authenticity” shows up as well, although the definition is just a bit squishy. Most of these are important, timeless leadership behaviors and attributes, and we all aspire to display them in our own endeavors.

However, the world is changing faster today than at any other point in civilization. And while these behaviors are inviolable, they aren’t enough when it comes to navigating change and uncertainty at scale. Along with these tried-and-true behaviors, all of us must cultivate and master a new set of survival skills as leaders. Our companies, teams and careers depend upon it.

Gamers learn to master new tools and tricks through experimentation and repetition. In massive online role-playing games, teams assemble spontaneously to combat adversaries and threats. Individuals assume roles as leaders or contributors, depending upon the situation and their skills. They might die a few times on the way to success, but they work hard to master new skills and acquire and learn how to use new tools on the fly.

Welcome to the new world of leadership—a perpetual exercise in leveling-up skills in preparation for a sudden threat or emerging new opportunity. As an executive coach, I’ve observed individuals in a variety of roles who have cracked the code for leading and succeeding in this environment. They are adept at helping groups succeed at navigating change to seize opportunities or fight off unanticipated adversaries. And while
many of these individuals lack the heft of titles that suggest leader, they are leading by their actions. To a person, these professionals display what I describe as the seven level-up skills.

Success as a leader (and as a contributor) in this era of change requires a new performance gear for all of us. The individuals poised to survive, thrive and lead in this world are those who cultivate and apply these seven skills.

1. Rewire—Every cell in your body screams fight or flight in the face of unanticipated change. We have to learn to ignore those instincts and seize the opportunity inherent in an unanticipated change in our company, industry or job. Leaders in this era frame change as opportunity, not obstacle, and they infect their teams with this attitude.

2. Relearn—Most companies look at the world through the lens of their industry and history. Tomorrow’s leaders must help their teams and companies see the world more broadly, spot trends and environmental changes that foreshadow threats or opportunities, and then move their teams into action.

3. Retry—Tomorrow’s leaders must attack their challenges in the spirit and format of the scientific method. Instead of giving hollow lip service to experimentation, they must teach their teams to take risks and leverage failures in pursuit of future successes.

4. Rethink—One core behavior for leading in this new world is to adopt the approaches of modern warriors who are challenged to build rapid trust in life-or-death settings with perfect strangers. The term “caring” will be added to the lexicon of essential leadership behaviors.

5. Recommit—Guiding teams to high performance accelerates your career and saves your organization. Tomorrow’s leaders must be adept at quickly bringing groups to a level of high performance, regardless of circumstances.

6. Reorient—People with the political power decide what gets done and who does it. Tomorrow’s leaders must be students of power and politics, striving to cultivate and project power for the purpose of generating positive change and innovation.

7. Rebrand—A powerful personal brand has never been more important, yet many people fail to understand how others see them. Effective leaders will not only tune in to how people perceive them, they will deliberately manage their brand personas to grow power and strengthen their effectiveness. These skills are at the core for all of us when it comes to developing as leaders. The hard work of learning and mastering these skills defines the level-up challenge in front of us. Consider the very real case of Amy (name has been changed). As a senior product manager, she changed the fate of her organization by applying the level-up skills. I suspect most product managers will recognize this situation.

The Case of Amy

Amy was worried about a problem that no one else seemed to see. Her team was responsible for identifying new product and service ideas and bringing them to life. In her assessment, there was nothing new on what was a jam-packed product roadmap. The approved projects were either extensions of existing product-line offerings or crafty repackaging initiatives for older products that the company wanted to move down-market to new price-sensitive audiences. While every item on the roadmap had been vetted and approved by executives and enthusiastically endorsed by the customer council, it bothered her that the totality of the company’s development efforts concentrated on tuning and tweaking ideas from the past. She intended to solve this problem.

Amy’s instincts were good, but her problem was larger than she imagined. Her company was wired to optimize around an industry customers and competitors knew well. Armed with the confidence gained from many years of success, management had little inclination to change the formula.

The scorecard metrics showed high marks and the historically strong financial results suggested that the company had cracked the code of sustaining success. While Amy looked at a roadmap of projects focused on tweaking the past and saw red flags, the tone emanating from the company’s top leaders and managers was one of optimism about the organization’s bright future.

In this environment of success and optimism, to gain support for her concerns, Amy needed to maneuver carefully or risk being labeled a naysayer. Get it right, and she would strengthen her position in her company and likely enjoy career growth. Get it wrong or mismanage the process, and she risked being marginalized—or worse.

“I concluded that it would be politically naïve to ’cry wolf’ about the dangers I saw in the company’s future while everything we were doing seemed to be working. Instead, I focused on what I could control, and that was the work of my team. I knew that I needed to help them change their perspective and gain new insights that would pollinate new ideas, so I sat down with them and let them know the following:

• The bad news was that I was cutting the budget for attendance at industry-focused events and workshops.
• The good news was that I was allocating this budget for use in exploring new markets and technologies. They were initially confused, but I shared my belief that our company’s success and our team’s growth and further success required fresh ideas, and that the best way to get these ideas was to move outside of our traditional industry and customers.

I identified some potentially interesting events in industries far removed from our own, and I gave the team an assignment to spend time looking at seminars, workshops, trade associations and other events that might serve as test cases for our new work as anthropologists.

The team surprised me with the volume of ideas they generated. We down-selected to three different settings where we could attend and observe. We set up three teams of three and agreed to visit the events and note big trends and noisy issues. We would identify interesting business approaches that were working for market innovators and leaders and look for ideas or insights by talking with as many people as possible. My only requirement was for everyone to take detailed notes and share their findings with the group when they returned.

While the teams were off observing and learning, I worked with facilities to turn a small, unoccupied office on our floor into our idea room. My intent was to capture the key observations, insights and ideas on flipcharts in this room and leave them visible as tools to build new ideas off of over time. I didn’t know how important this room would be for us.

As the teams returned with their notes, we set up a series of debriefing sessions. The rest of the group was encouraged to ask questions, and all findings, questions and raw ideas were captured on flipcharts in our idea room. While the first session was a bit unstructured, the team enjoyed discussing and exploring the activities and trends of markets different from our own.

After we completed the first cycle of visits and debriefing sessions, something interesting happened. The team members began to ask important questions, including “How might we use that approach?“ and “How might that technology help our customers solve some of their vexing problems?“

The questions again generated a series of brainstorm ideas and the need for more investigation. We down-selected to a small number of interesting-sounding explorations and the teams self-organized to dig deeper into the ideas. As they uncovered additional findings, they noted them in the idea room, which soon captured the interest of executives and other colleagues in the company. Part of our job became leading regular briefings in the idea room, describing various insights and explorations. This proved critical for gaining executive support for the next step of turning ideas into formal explorations or experiments.

Fast-forward 10 months from our initial team meeting. Our exploration and experiment led to one new product idea for a new market that received executive approval and two new strategic partnerships intended to help our current customers solve some big problems we would not have uncovered without our new worldview. Additionally, we uncovered some great approaches to serving customers in other markets that we used to strengthen our own support processes. The concept of looking outside our industry was so well received that we now include current customers in the processes. In turn, they replicate this for their own businesses, relying upon our help as valued partners.”

11 Reasons Why I Love Amy’s Approach

Amy’s approach incorporates the entire spectrum of the level-up skills, and it is frankly brilliant in fomenting a quiet revolution in the company’s approach to innovating.

Leadership is always relevant, and the right behaviors are absolutely necessary for success in guiding and motivating others. However, it is essential to move beyond just the foundational behaviors that occupy the traditional narrative for leadership and focus on cultivating the skills necessary for survival in a hostile and foreign new world. The seven level-up skills offer a tangible starting point for you to rethink and revise your work as a leader.

Art Pettyis an executive and emerging-leader coach and leadership/communication workshop developer and leader. He also writes the Management Excellence blog and Leadership Caffeine articles and books. Connect with him on LinkedIn or follow him on Twitter. 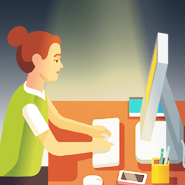 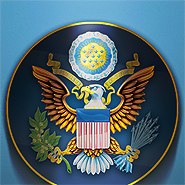 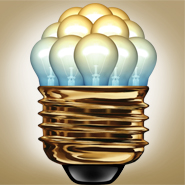 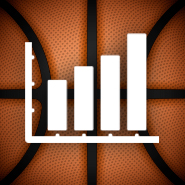