Editor’s Note: The company’s name and information in this case study have been changed for confidentiality.

The best way to tackle any problem is one step at a time, and ABC Co., an end-to-end hardware and software solutions business, knows this firsthand. The company knew what success looked like: dominating in the enterprise and small- and medium-sized business sector (SMB). But there were a couple of critical questions that needed answers: Where—and how—do you start to penetrate that market?

ABC Co. wrestled with this conundrum. The company was earning more than $1 billion in annual revenue through its collaboration, business analytics and services. While Fortune 100 companies always grab attention and seem like the ideal big fish to hook, the reality for ABC was that brokering deals with large-scale multinationals would bring its own set of challenges, including slower sales cycles, highly complicated negotiations and other hoops.

Primarily serving corporate customers throughout North America, ABC targeted the SMB sector, as it represented 30% of the total market—and was growing 10% annually. Beyond overall sales opportunity, this sector offered numerous other benefits:

The critical issue ABC was facing was the fragmented nature of small- and medium-sized businesses across North America, which made it challenging to accelerate growth.

ABC had extensive sales and marketing capabilities and was looking to improve conversions from those activities. Historically, conversion rates had been 12% for prospect-to-customer conversions, but management wanted to see that increase to 14% for the next year. To meet this goal, ABC needed a deeper understanding of the customer segments and full customer life cycle for the SMB sector.

The company also wanted to identify relevant customer life-cycle data that would help predict future purchase behavior. The company had more than 100,000 prospects in its database, but effectively targeting the right customers required efficiency and a priority list of prospects that were likeliest to deliver a solid return on investment.

To solve for these issues, ABC partnered with us at TechMileage Software Solutions. The highest priority for TechMileage was to analyze customer segmentation and behavior patterns and develop predictive analytics models representing the various stages of the customer life cycle. These would help ABC prioritize prospects and customize sales and marketing activities for customers who are likeliest to purchase.

The Role of Predictive Analytics

Prior to its engagement with TechMileage, ABC had a manual analysis process in place. The company’s analysts developed static models across multiple regions to try to understand each segment’s needs. But, along with being extremely manual and inflexible, the attempt to build that type of segmentation and analysis was also proving to be error-prone.

TechMileage worked closely with ABC’s client development and sales and marketing teams to develop a solution and build a customer life-cycle model based on the data elements collected from customers.  The result was a robust predictive model created with a large sample of more than 10,000 SMB customers.

However, this model was not developed overnight. There were several stages, including proof of concept, the testing of different models, implementation and, finally, live testing. Once the live testing proved accurate, the model was applied to all regions across North America. In total, implementing the predictive analytics model took nearly a year.

During the process, ABC was able to analyze prospects’ and customers’ purchase behavior from the prior five years. Based on the analysis, ABC learned: 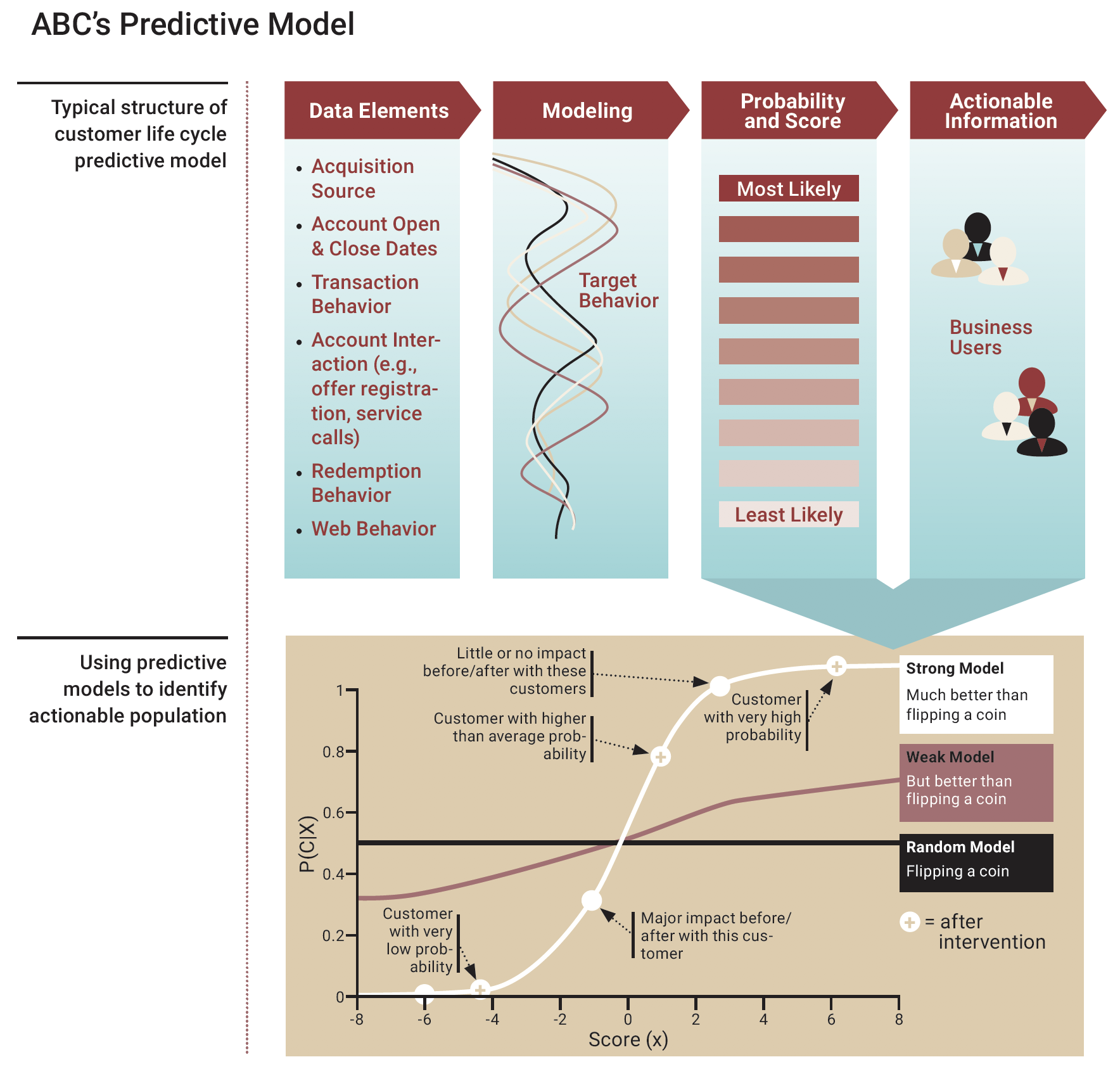 As a result of leveraging deeper insights about the customer’s life cycle, ABC improved its overall prospect-to-customer conversion by 3 percentage points, from 12% to 15%, and achieved total growth of more than $200 million.

One Step at a Time

Perhaps the most significant lesson ABC learned during the project was that the initial model produced would not be the be-all, end-all solution. During all phases of the project, refinements were continually made to the data that was being gathered. For example, once the proof of concept was created, both teams from TechMileage and ABC realized there were other variables that needed to be included. And, as more variables were implemented, new aspects revealed themselves for consideration.

Ultimately, ABC and TechMileage will continue refining the data going in to get different views that will have a bearing on performance. And each refinement will serve as one more step toward success. 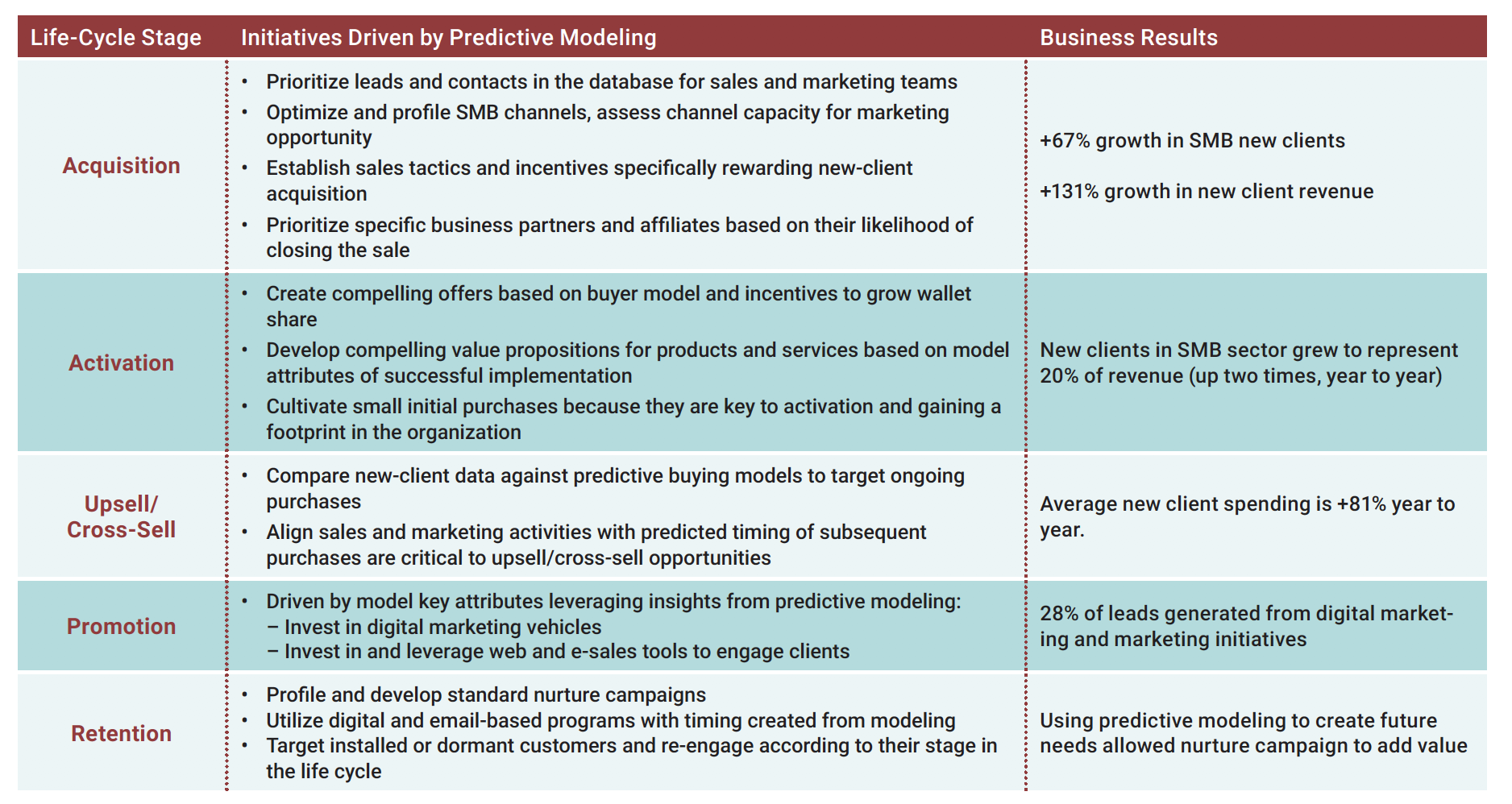 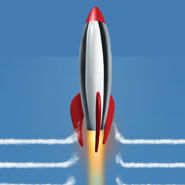 Beating Disruption: How to Win in the Fight to Be First 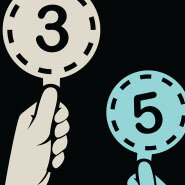 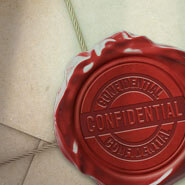 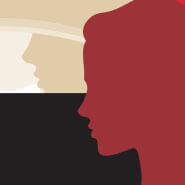