You might be surprised to know that I enjoy mopping. Yep. Cleaning the floor. Vacuuming, too. Both great. There’s something liberating about getting every last speck of dirt out of my life. Call me compulsive.

You might also be surprised to hear that the basic concept of this thing I love to do—mopping—is completely flawed. Think about it: You use a device (a sponge on a stick) to wet the floor. The dust (it’s mostly dust, not ground-in dirt) is then transformed into … well, fine mud. Your wet stick-mop-thing then proceeds to smear the mud around. Plunging your mop head in a bucket of fresh water helps for a while, until the fresh water is transformed into a bucket of mud-dog hair gunk, and the whole process becomes an exercise in cleaning up the mop-smear.

Fortunately, the folks at Proctor & Gamble invented a better way: the Swiffer. Instead of smearing dirt around, the Swiffer is designed to attract dust and gunk in a one-and-done method. No water to create the mud, no mop bucket to smear dirty water. Brilliant.

So how did this great idea—the Swiffer—get from the lab to my house? And, how did P&G go from trying to formulate a better cleaning solution to creating a new kind of mop that makes them $500 million per year?

The answer lies, in part, in Jonah Lehrer’s recent book, Imagine: How Creativity Works. Lehrer tackles this tough question: Where do we get our brightest ideas, and why is it that our best solutions appear out of the blue when we least expect them?

The interesting thing about the origins of the Swiffer is that P&G didn’t set out to reinvent the mop. No, the goal was to develop a stronger, more effective cleaning agent. For years, the chemists toiled in the lab, producing failed attempt after failed attempt. At the end of the day, they simply couldn’t overcome the “smear it around” paradigm of mopping.

Possibly out of frustration, P&G executives brought in an outside firm to help. A design agency, Continuum, knew they couldn’t out-chemist the chemists at P&G. After all, P&G had more PhDs on its payroll than MIT, UC-Berkeley and Stanford combined. So, rather than toil in the lab (which hadn’t worked anyway), the group did what chemists hadn’t done: They watched.

What they watched was perhaps the most mind-numbingly boring stuff known to man: hours and hours of people mopping their floors, cleaning their kitchens and rinsing out buckets of dirty mud-water. Lehrer quotes the Continuum team leader (and now CEO), “This is about the most boring footage you
can imagine.”

But all of that boredom, all of that watching, finally paid off. One day, out of exhaustion, the research team surreptitiously spilled some coffee grounds while visiting an elderly test subject. Rather than breaking out a mop, the host swept up the grounds with a broom and then proceeded to use a damp paper towel to clean up the rest of the fine dust. It was in that moment that the idea for the Swiffer—a $500M category killer—was born.

One of the hallmarks of creative breakthroughs, according to Lehrer, is that they often occur when you least expect them. Think taking a walk, enjoying a shower, staring out the window, sitting under the apple tree.

Interestingly, the portions of our brain responsible for creative innovation become activated not by intense activity, but rather by environments that are more soothing and relaxing. In other words, if you’re cranking through data in spreadsheets, by all means, work hard and concentrate. But, if you’re looking for a fresh approach to a big challenge, take a deep breath and slow down. Get up from your desk, walk around the block and give your mind time to relax, ponder and observe.

Sure, by most measures, I’d be viewed as a terrible employee. I can’t sit at my desk for more than a couple of hours, I walk around the block at random moments, and I’ll often drop what I’m doing to tackle some seemingly unrelated challenge. I’d be a terrible accountant, financial analyst or database engineer.

What I’m really doing—with my walks and seemingly unrelated activities—isn’t slacking off or dodging work. Rather, I’m freeing up my brain to solve the big problems that don’t come easily.  Problems that, when solved, enable us to move ahead in leaps
and bounds.

Of course, this approach isn’t new or even that innovative. Some of the better-known companies have been profiting from this sort of right-brain activity for years.

While it’s tempting to think walks and long showers are the key to success, moments of insight aren’t really about taking it easy. If you dig deep, you’ll see that most creative breakthroughs involved a period of serious hard work, editing and revision. (Before creating the light bulb, Thomas Edison conducted thousands upon thousands of failed experiments.)

And, as any business owner knows, great ideas are just a starting point. Unless your company has a solid system of execution, your pile of dreaming will look a lot like chasing rainbows. After all, Edison probably said it best: “Genius is one percent inspiration and ninety-nine percent perspiration.” 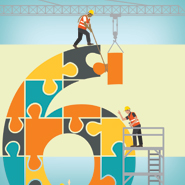 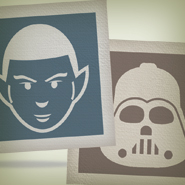 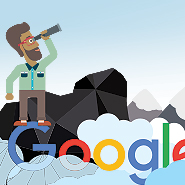 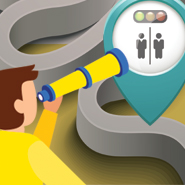