A Market-Driven Approach to Growth 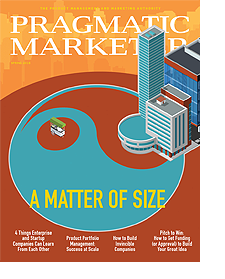 Since its inception in the late 1960s, Veda became the authoritative credit-reference provider for Australia and New Zealand, enjoying an estimated 85 percent market share by 2010. If you’re familiar with FICO, Experian, Transunion or Equifax, you have a good idea of Veda’s business.

Initially, Veda was a consumer credit bureau business, focused on providing credit-checking services related to consumer-loan applications. However, over the past decade the company expanded its offerings to include identity verification, fraud detection, digital marketing, credit analytics, a market-leading suite of commercial-risk solutions and a growing range of B2C solutions.

When John Wilson joined Veda in 2010, he had just completed successful stints at companies like SunGard (now FIS Global) and KPMG. As executive general manager for products and market development, he helped steer the business growth from just under $200 million (AUD) in annual revenues to approximately $400 million (AUD) in seven years. He credits Pragmatic Institute training, consulting and concepts as key ingredients to that success.

John became familiar with Pragmatic Institute at his previous companies and understood that establishing a market-driven orientation and repeatable planning process were critical to Veda’s long-term growth. He had inherited a product team that seemed to be more focused on product execution than on business strategy. In other words, they were more focused on the lower right side of the Pragmatic Institute Framework than the top left side of the framework—this is a problem I saw all too often when I was an instructor. He also found that product team members spent a lot of time in internal meetings—defining plans based on internal Veda opinions, responding to the latest bugs or reacting to the latest deals from sales. There was a lack of innovation and growth had stalled.

Veda’s leadership team understood that meeting growth goals would require fundamental changes in product management metrics, skills and processes. However, implementing radical changes wasn’t an option. Instead, the company had to maintain its current book of business while making a cross-organizational pivot, growing new business lines by solving new market problems. As John began working with us to chart a roadmap for implementing Pragmatic Institute at Veda, he identified three critical factors to success:

Of course, as with all big change, there were bumps in the road. Some employees had a “this too shall pass” attitude, assuming that the Pragmatic Institute concepts were yet one more “flavor of the year.” But John and the organization were fully invested in the training and the need for change. They did not tolerate naysayers. Despite the hurdles, by the end of his first two years, John had built a highly motivated, fully bought-in group. Market experience and knowledge became the basis for promotions and rewards, while “market-driven excellence” became a common term heard around the halls. Product managers were encouraged to get out of the building and learn about their customers’ problems. Innovation focused on solving real market problems was encouraged and rewarded.

To keep the change alive, John believed that continual training was key and brought me out to Sydney every six months for three years. He worked with Pragmatic Institute to develop training and consulting agendas that kept me busy during my visits, leading multiple sessions with the teams, from the CEO down.

This collaboration helped amplify John’s philosophy and delivered real changes to the business. For example, a more structured and accountable process for defining and launching products was implemented. KPIs were defined prior to launch and actively tracked throughout the product lifecycle. Win/loss calls became a standard practice, and product managers were encouraged to reach out to non-customers to identify new opportunities. Throughout the process, some unprofitable offerings were eliminated, others were repackaged and several innovative new offerings were launched.

Veda reaped some unexpected benefits from this approach.

First, Veda successfully established new market-facing business lines that were centered around the problems that Veda could solve for specific market segments, rather than on the technology.

Next, the company adopted a P&G-type organizational structure, hiring general managers with strong product management experience to run business lines and holding them accountable for growing their businesses, either organically or inorganically.

Another unexpected benefit was the acceleration of new product growth and acquisitions. Employees began asking questions such as, “What is the market problem that this addresses?” and “Who is the real competitor and what is our strategy to win?” instead of “What features can we build?”

"Market-facing business lines that were centered around the problems that Veda could solve for specific market segments, rather than on the technology."

Early on, all product ideas went through John. But after implementing a more structured process, he no longer needed to be involved in concept meetings. Instead, he mandated and delegated a common business-planning process, encouraging the teams to work through the details on their own before vetting them with the executive team. In this way, John became actively involved in decisions only after business-level vetting by his teams. An added bonus: He went home on time more often.

Finally, John modified the Pragmatic Institute templates to fit into Veda’s processes. Of particular value to his team were the distinctive competencies worksheet, business plan, positioning document and segmentation worksheet.

In 2013, Veda was listed on the Australia Stock Exchange in what was broadly regarded as “the IPO of the year.” Then in early 2016, the NYSE-listed company, Equifax acquired Veda for $1.9 billion (US). The company’s market-focused culture and insights-guided technology were two key attributes that made Veda a valuable target for Equifax. Along the way, significant value was created for Veda’s stakeholders.

John managed his team throughout the transition and integration of Veda into Equifax. He now works with several Australia- and New Zealand-based technology companies to aid in their growth.

John Milburn is CEO of Practical Growth Strategies LLC, where he and his team help companies to apply and implement market-driven principles. Prior to this, he was an instructor at Pragmatic Institute and has held executive and individual contributor roles in development, sales, and product management from startups to Fortune 100 companies.

John Wilson is currently an investor, advisor and director of a number of private companies in Australia. Prior to Equifax and Veda, John was Asia Pacific president at SunGard, and a partner at KPMG. Connect with John on LinkedIn at linkedin.com/in/johnclarkwilson. 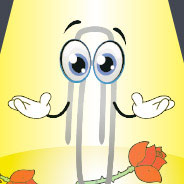 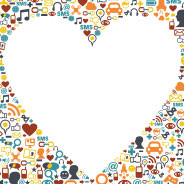 Lovability: How to Build a Business That People Love and Be Happy Doing It 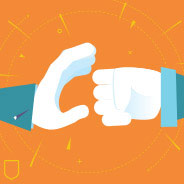 How to Win When You're Under Attack At Work 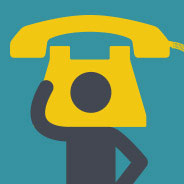