A patent is a right granted by the government to inventors in order to exclude others from making, using, offering for sale, or selling the patented invention in the United States or importing the invention into the U.S. This means that you get total control over your patented invention and get to decide who, if anyone, can use your invention.

Patents are valid for 20 years from the date you file your application, but patent rights are, in general, only enforceable from the date your patent is approved by the U.S. Patent and Trademark Office (USPTO).

According to the patent office, an invention is “any new and useful process, machine, manufacture, or composition of matter, or any new and useful improvement thereof.” For technology product managers, just about any new product or feature is patentable: hardware, software, business methods, etc. Every new feature and product you create should be examined for patentability.

While just about anything can be patented, a few criteria must be met. Specifically, patented inventions must meet three characteristics: novel, useful and not obvious.

Novel. The novelty requirement is straightforward: Your invention must be new. Inventions that already exist cannot be patented. This gets a little tricky, because you can patent new uses for existing products. This frequently happens when a new use is discovered for an old pharmaceutical drug, where new testing shows the drug to effectively treat a completely unrelated disease. The new use has to be truly new and unrelated to the original use.

Useful. The usefulness requirement is two-fold: That your invention has a useful purpose and that it must actually perform its intended purpose. A useful purpose can be almost anything: The patent office, for example, issued Patent No. 6,368,227 to a boy who claimed the invention of swinging side-to-side, claiming the usefulness of joy. Along with good feelings or whatever other benefit you wish to claim, the invention must also work in order to be useful. If the patent office thinks your invention might not work, they may ask you to prove that it does.

Patent application number 20,030,114,313 claimed the invention of warp drive, which is “a system whose propulsion relies on warping space-time as opposed to the ejection of material to provide thrust.” While the application packed more than400 paragraphs of technical detail, the patent office cast a skeptical eye, and asked the inventor to provide a working model before the patent application could be examined. (A model, working or otherwise, was unfortunately not delivered by the inventor.)

Not obvious. The “not obvious” requirement means that an inventive step is required. Your invention has to be different enough from what is already out there in the field in order to be patentable. This is an area, however, where the law is not very clear.Patents are regularly granted for surprisingly small improvements in a field.You should not let your thinking on this requirement prevent you from trying to patent something. If you have an idea that you think is worth patenting, explain it to your patent agent or attorney, and let them tell you if they think it meets the “not obvious” requirement.

In addition, you cannot patent the laws of nature, physical phenomena, and abstract ideas. Things like Isaac Newton’s theory of universal gravitation or Albert Einstein’s theory of general relativity are not patentable.

Most ideas from product managers are likely to be patented as utility patents.

Anatomy of a patent application

Patent applications consist of three main components: the description, the drawings, and the claims. There are a few other components, but the preceding three are the primary ones to consider.

The drawings should show the main components of the invention. Software and business-method patents, which do not always contain a physical device, often use flowcharts for the drawings.

The claims describe, in legal terms, the invention for which patent protection is claimed. They are written in a precise form, based on statutory requirements and conventions that initially can be difficult to decipher. The claims break down your invention into small, precise descriptive statements.

If you alone come up with an idea for your product, you're the inventor and will be listed as such on the patent. If you are brainstorming with a colleague and develop the idea together, then you both will be listed as inventors. To be listed as an inventor, you must contribute at least one element to the invention.

While you might be listed as the inventor, you will probably not own the patent. Check your employment agreement, and you will likely find that you have signed away all rights to the idea to your employer.They will be listed on the patent as the assignee, meaning they get to control the ownership and licensing of the patent.

In addition to the limitations above, there are also limitations on what you can do with the invention before you file for a patent.In the U.S., you have one year from the time the invention is first publicly disclosed or offered for sale to file a patent. After one year, you cannot file for a patent on the invention, even if you never actually built or sold the invention. Therefore, if you released a product 11 months ago with inventive new features you want to protect, you should get patent applications drafted and filed immediately.

There are additional restrictions to consider if you want to file patents in other countries. For example, some countries may not allow patents to be filed at all if the invention has been publicly disclosed. If you have significant business outside the U.S., you should consider filing patents in those countries where you do business, but be aware that the patent law will be different in each country, so have your legal team do the necessary research.

What can be patented? “Anything under the sun that is made by man.”

—P. J. Federico 1952, a principal draftsman of the U.S. patent law, in his testimony regarding that legislation. Famously quoted by Chief Justice Warren Burger, U.S. Supreme Court in Diamond vs. Chakrabarty 1980.

In order to better focus on what is patentable from a software perspective, let’s look at a few examples:

A method for ordering an item using a client system, the method comprising: displaying information identifying the item and displaying an indication of a single action that is to be performed to order the identified item; and in response to only the indicated single action being performed, sending to a server system a request to order the identified item whereby the item is ordered independently of a shopping cart model and the order is fulfilled to complete a purchase of the item.

In plain English, Amazon patented the process of displaying an “order now” button on a page with an item to be sold, and fulfilling the order when the button was pressed. This is an excellent example of taking a killer feature that was implemented in a product or site and patenting it.

Another good example is the Netflix U.S. Patent No.7,024,381 for online movie rentals. Here is the first claim:

Here, Netflix has not patented online movie rentals. It has patented their process of letting users select multiple movies for rental and sending new ones out as the customer returns old ones. You could implement an online movie rental system where a user just selects one movie to rent and you send it out and then wait for them to return it and then don’t automatically ship another one when they return the first one and not violate this claim.

The point is, we often hear things like “Company X just got a patent on the mouse” or some other technology that has been around forever or something that seems absurdly obvious. In reality, they actually patented something that involves some commonly known elements that are being used in a new way or different combination.

Product features like Amazon’s one-click ordering and the Netflix movie-rental system are excellent examples of taking existing technologies, doing something new and interesting with them, and then getting a patent.

apparatus for facilitating the birth of a child by centrifugal force

method of exercising a cat with a laser pointer

A good example of something that should have been patented: 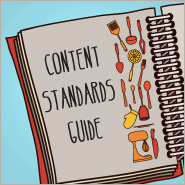 Stop Perfuming the Pig: Why “real” marketing is done before the product is created

Patents and the Product Manager