As the CEO of Sales Benchmark Index (SBI), I work with a lot of great clients to help them achieve sales success at their companies. One such client, Marc Osofsky, the senior vice president and general manager at Lionbridge Technologies, faced a unique challenge. He was tasked with growing revenue by bringing a new product to market at the $600-million public company and global leader in translation services.

He did this by developing Lionbridge On Demand, the industry’s first e-commerce solution for translation services of all content types. He built an entirely new go-to-market model for the innovative product that blended inside sales and e-commerce. And he was able to build a predictive sales model and grow revenues a staggering 500 percent.

This was no easy task. But it’s one many product leaders face. Marc shared his experience with SBI, providing insight into how he reinvented himself, ignited revenue growth through a new product and became the fastest-growing division in the organization.

To begin, Marc looked at the size of the overall market and growth rates. “My bias is always to look for change,” he explained. “It is hard to get someone to buy a new product when everything’s going fine; they’re not under any pressure to change, and there’s not really an underlying driver. That’s a tough situation: to try to have a knife fight and get people to throw things out.” He paid attention to behavioral changes in the marketplace. What were the buyers doing differently? And how could he use this to his advantage? Once he located the opportunity and recognized behavioral changes, he had to determine if he could win. It was important to test before fully investing.

Turning the Vision into Reality

After locating a hidden growth opportunity, Marc’s next step was to collaborate with his CEO and build an entirely new business within the organization. Because Lionbridge is an established, mature company, this innovation caused concern in some quarters. But Marc overcame these concerns by addressing them in stages. “Not only was it a new business model, it challenged our existing model,” Marc said. “It was a stage gate process. I didn’t try to go in with some huge five-year plan asking for a massive amount of money. I went in with a pilot.”

Once he created buy-in, he secured enough funding to create a minimal viable product. It was the smallest amount of investment needed to get the product to market and start selling. He started with smaller clients and projects. And he kept moving upward as more success occurred.

As the initiative progressed, every piece of the roadmap was designed to do one thing: make it easier for customers to accomplish their objectives. Lionbridge avoided the waterfall approach used by many large companies, instead opting for an agile approach that allowed them to create the product quickly with minimal development effort. “That was a key to our success, especially early on,” Marc explained. “We got to market quickly and avoided letting a big company, with all its interested parties, put too much weight on something and crush it.”

The next step was pricing. Marc knew he wanted to simplify the pricing model, so he used a single flat price that allowed for instant quotes. He also made sure that every customer would buy the same product. He combined the revenue and cost into a single bucket and built the pricing from there. It was an efficient way to manage the economics and allowed him to think about pricing from a product perspective rather than from a client perspective.

Once Marc realized he had a working product, he prepared for launch. “If you look at our mix between sales and marketing, we took much more of a sales-heavy model and built the sales team first,” he explained. But it was challenging to create and get funding for a predictable revenue model with all new sales hires. A new model requires proof. As a result, the first year was focused on capturing performance metrics and building a ramp curve for revenue.

Marc’s hiring profile was another key to his success. He understood the type of sales rep that would be most successful in his new model and hired to that profile. New hires went through an intensive two-week process to learn how to be successful. The goal was to ensure that they could communicate the core message and handle any objections that came their way. Immediately following training, reps were on the phone selling. No time was wasted.

New hires had three months to generate a positive cash flow. Then their monthly quota grew 10 percent each month. This was positioned as a wave that the reps had to stay in front of. If that wave caught up to them, they were required to participate in a plan to help turn things around. Using that approach, Marc built a model and demonstrated that it could be predictable based on his early results. This gave him the confidence to go in with a 40- to 50-person hiring plan and build out the rest of his team.

The first step to accelerating revenue growth in a new market with a new product is to find the change. “If you’re trying to bring a new product to market, there’s got to be some underlying change that’s forcing buyers to look for something different, that’s forcing buyers to feel pain, and that’s causing them to want to look into the marketplace for better solutions,” Marc said.

He also recommends finding repeatability. This is more about sales and marketing than the product itself. If the product concept is right, the roadmap becomes pretty clear. But now you’ve got to execute and get the product to market. There are several key questions to ask yourself at this stage. What are the sales channels? How will you sell the product? What is the average sales size? You need to build a scalable model. Because once you’ve got the product, and repeatability, it’s all about having the confidence to scale.

Entering new markets with new products in pursuit of revenue growth is hard to do. Marc was able to be successful at Lionbridge by using a well-thought-out strategy. This sounds simple, but don’t confuse simple with easy. Without a documented strategy, Marc would not have been able to build his new division, which is now at $100 million in revenue and still growing.

Greg Alexander leads Sales Benchmark Index’s (SBI) focus on the CEO’s role in accelerating revenue growth by getting the product team, marketing department and sales organization into strategic alignment. He is the host of The SBI Podcast and SBI TV.  Greg is also the editor-in-chief of The SBI Magazine, the leading B2B publication focused on sales and marketing effectiveness. He is the author of two critically acclaimed books: Topgrading for Sales and Making the Number. Greg graduated from University of Massachusetts Amherst with a B.A. in English and received his MBA from Georgia Tech. 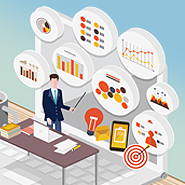 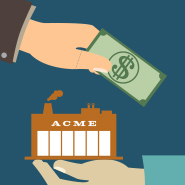 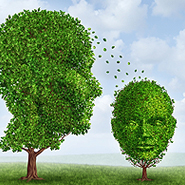 The Germination of Great Product Teams 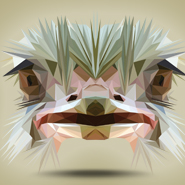 8 Blocks: The Critical Realities for Growing Any Business