Getting the Price Right

Pricing is one of the most challenging areas in a company. It affects so many different departments, making it difficult to pinpoint exactly who has control. Often, the product lines set the prices that go on the price list, but the CEO, CFO or some other executive sets the overall pricing strategy for the company. And sales negotiates to get the final price for large customers. It seems like everyone in the company is involved in pricing.

Changing pricing therefore takes buy in from many different groups who don’t always have the same beliefs about what needs fixing. But if you’re passionate about maximizing the results of your company’s pricing strategy, here are a few tips that can help you spear-head those efforts.

Engage in one-on-one conversations—a lot of them. You are not trying to convince anyone of anything, at least at first. Listen to their issues around pricing and ask questions like these:

• What would you change about the way we price?
• What about our pricing is costing us money?
• How can we quantify how much we are losing?

Many people in the company have similar answers, and this is common ground you can build on. Where you have different beliefs and assumptions, dig for a deeper understanding. It often provides new ways to look at the situation.

For example, let’s say you want to start using rebates in your pricing repertoire. Your finance team adamantly objects, saying they don’t work. Ask them why. Don’t be challenging, though; be curious. They have their opinion for a reason—and it may be right. Perhaps they tried rebates several years ago, and lost control of the process or were writing checks that weren’t really deserved. Learning the reasoning can prove useful.

Define common goals. Maximizing shareholder value and profits are honorable goals, but they aren’t the most helpful in pushing pricing initiatives. Is there something a level below that where you can capture the enthusiasm of all departments inside the company? For example, in one company we created the goals of “speed, consistency and accuracy.” Speed means faster response time to requests for quotes. Consistency is making sure we don’t compete against ourselves, unintentionally offering the same customer a lower price. Accuracy means doing statistical analysis to find the highest price where we are still most likely to win the business. Speed, consistency and accuracy made for a clear set of objectives that everyone could support.

Craft the message. Pricing tends to be a quantitative discipline that looks at win/loss ratios, demand curves and key performance indicators. We know statistics, but statistics rarely win on their own. Yes, you need to show the size of the problem, and put a cost on the fix and a dollar value on the return. But people have a hard time believing these numbers, since they are so often wrong. You need the numbers, but don’t lead with them. Instead, lead with a story:

“John Smith had lined up a customer who was buying a million of two different parts. We had part A won for sure, but we weren’t very competitive on part B. The customer kept asking us to lower the price on B to win the business, but we didn’t have any more margin to give on that part. John finally convinced the business unit to lower the price on A so the total price was low enough to win both parts. You probably know what happened. The customer thanked us for the lower price on A and still bought B from a competitor. If we had rebates, we could have locked in both sockets at a nice profit.”

After you have told the story, show the numbers. It’s good to have several stories; you may need them in different circumstances. But be aware that executives are not patient for long stories. Make your stories short and applicable.

Put It All Into Action

Now that you know your message, take a more active approach and go back to the one-on-one conversations. With any detractors you’ve found, be nice, tell the story, show the data and clearly identify your deepest level of disagreement. You won’t win over everyone, but you may be able to keep them from adamantly opposing your position.

A word of caution: Do not present your story and data in a large meeting of executives, if you haven’t already talked with them. Once a disagreement occurs publicly, it becomes more difficult to change the minds of those who participated. Unfortunately, I’ve done this. Eventually, I won the executive over, but it would have been much less work had I talked with him one on one to reach that agreement first.

Don’t take “no” for an answer. If you strongly believe that what you are doing is best for the company, then “no” simply means they don’t understand yet. In the world of pricing, if you quit whenever you hear “no,” you won’t get anything done. Be smart, be likable and be persistent.

These tips all come from my failures and successes at getting pricing initiatives moved through companies. But they aren’t pricing specific. The same methods will likely apply to any major change program you would like to push through a company. Remember, the people who can get the hard things done are the ones that get promoted. 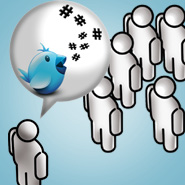 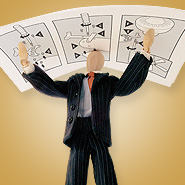 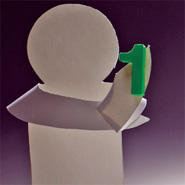 Communicate by the Numbers with CFOs