Value Based Pricing in Kentucky 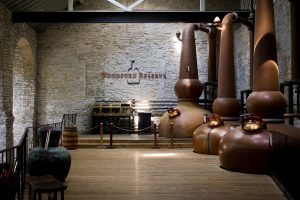 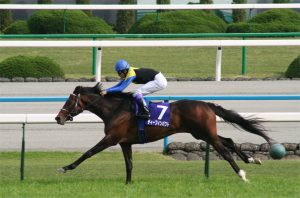 This week my wife and I were in Kentucky, the Lexington area.  We went for the bourbon, but of course everything is about pricing.

We found two specific examples to share with you, bourbon pricing and … shhhh … pricing horse sex.

First bourbon.  We went on fascinating tours at three different distilleries.  In every case we could find examples of value based pricing (VBP).  Let’s focus on one, Woodford Reserve.  They have a pretty simple product line, 4 bottles:

To be sure, it does cost them more to make a double oaked.  Here’s how they make one.  They first make a Distillers Select:  create the mash, ferment it, distill it, put it in a barrel, and age it for about 8 years while tasting the barrel along the way.  After it’s ready, instead of bottling it as Distillers Select (which they could), they put it in a second differently charred barrel and age it several additional months.

There is no way it costs them 50% more to make the double oaked, yet they get paid 50% more.  Here’s the point.  It isn’t about the cost.  It’s about the flavor.  It’s about the quality.  The double oaked is delicious, and worth every penny (to me).  It isn’t about the cost to create, it’s about what the buyers will pay.  A similar story could be told at every distillery we visited.  (Wanna guess how Buffalo Trace makes Pappy Van Winkle?)

For the second example, the last day of our visit we visited some horse farms and learned some about the the Thoroughbred horse racing business.  Fascinating!

For example, you may know American Pharaoh just won the triple crown (Kentucky Derby, Preakness, Belmont).  He made a ton of money for his owners.  American Pharaoh is a 3 year old horse and could easily win races and money as a 4 year old, but the owners retired him. Why?  Because he is worth more as a stud than running races.  His current stud fee is $100,000 and that could go up to $300,000 if he produces offspring that win races.  Oh, and he can impregnate over 100 mares a year.  That means he is making over $10M per year as a stud.

OK, these are impressive numbers, but what does this have to do with value based pricing?  We also visited some stallions that were only making between $5K and $10K per impregnated foal.  It cost just as much to store, feed, and manage these horses as it does to take care of American Pharaoh.  It’s not about the cost.  It’s about the value the buyers believe they will receive.  It’s VBP.

Value based pricing is everywhere.  The best businesses in every industry use this.  Are you?

Why You Must Offer Good, Better, Best

How to Use Costs - An Example