The Golden Keys of E-Commerce

It only takes a minute to establish if one is holding that magical key or just toying with a rusty screwdriver.

Today, in order to have a commanding presence with universal access on e-commerce, domain names must act like very special golden keys as without it, the entire exercise of Internet-centric commerce becomes almost useless. Super-success in cyber-branding lies in the sophisticated creation, development and ownership of these powerful and magical keys, so that they may open an undiscovered universe of billions of unknown customers around the world. Without this power and access, what's the point of being in the race for leadership and image positioning?  It only takes a minute to establish if one is holding that magical key or just toying with a rusty screwdriver.

Domain management strategies have now, in fact become ultra-sophisticated and the most valuable components of building digital branding assets and the intellectual property of any ambitious corporation. Domain names are no longer small issues to be handled by the booming logo-centric-slogan-happy-agencies or web-tech-teams. They now demand powerful strategic, boardroom-level discussions with a commanding knowledge on global domain-registration laws and search-engine-visibility rules while capturing all other nomenclature objectives to create such golden keys.

During the dotcom boom, a million domain names were registered a day. Even the most unusual, silly and dysfunctional names were sought-after icons of get-rich-quick dreamers. Ninety-nine percent of such names failed. Exhausted or expired, these names have now disappeared. Along with them, the hundreds of millions of dollars on short lived website campaigns. But today, now fully matured in concepts and strategies there are some very powerful universal domain names that skate around on e-commerce, open complex gates and passages and have carved powerful, highly lucrative positions. The global power of e-commerce can only be demonstrated by their superior and exclusive fluidity on the net.

Smart businesses around the world are aggressively in search of such golden keys. To approach such universal domain-naming tasks starts with a serious audit to professionally measure the strengths or weaknesses of the names; this process is best served by highly objective views. The primary goal is to achieve power and access for maximum impact. Today, only the very best names will dominate the global marketplace. Weak, confusingly similar, or nearly identical names do not have a chance of surviving the power and ubiquity of e-commerce.

The duplication factor alone will bury most names in complex global listings. The most expensive websites are useless and the best campaigns will remain stuck unless there is a deeper understanding of this subject. Then there are alpha-structures, killing great websites and become liability to business itself. One must have the knowledge to determine the message, personality and length of the name, plus the choice of alpha characters, as each emits its own unique signals and demands typing. General branding exercises cannot be mistaken for these complex naming analyses and the strictest application of The Five Star Standard of Naming guards against such expensive busts.

The hyper-visibility of a universal cyber-name is the main issue. A quick search on Google is an instant test of any name's visibility. To appear on the top or on the first page is the most sought after idea but only an extremely small percentage can achieve this as most names are poorly structured and stays buried in massive duplication.   With high cost of promotion and intense global competition it's a brand-new frontier. A lot of money can be wasted in creating an artificial bounce to highly expensive websites, but in reality it's only those uniquely designed domains that quickly rise to the top with very little effort. Only an in-depth, highly custom analysis will point to the deep problems and illuminate latest methods to fix them.

Today, it's about global domainization, as multiple domain names create multiple problems in multiple markets. There are highly sophisticated rules to be followed. Be aware that there are too many fancy services offering strange global registrations and localization often faceless websites and without references. Domains are for the international audience and global customer base, so why have serious language issues, where in translations and foreign connotations they may be embarrassing or confusing customers. Cyber branding is an extremely global phenomenon.

Mind-share is more important than market-share. Customers must allow a name brand to settle in their minds before they give out cash. As such, market positioning is more critical than profit maximization. The human mind gravitates toward good names; those that are user-friendly and trustworthy. When trying to process millions of silly and randomly structured names, the mind quickly becomes exhausted.

In conclusion, logo-driven-branding has fallen into a deep sleep on these complex matters, and there's no need to wake it up. Currently with 95% of the domain names stuck in traffic jams, a frank and very candid CEO-level discussion is required while denials and refusal to face up to reality will simple keep the e-commerce presence in oblivion, guaranteed. Today one needs a very special golden key to open the gates of e-commerce and must now throw away that rusty screwdriver?

Naseem Javed is recognized as a world authority on Corporate Image and Global Cyber-Branding. Author of Naming for Power, he introduced The Laws of Corporate Naming in the 80s and also founded ABC Namebank, a consultancy established in New York and Toronto a quarter century ago. Currently, he is on a lecture tour in Asia and can be reached at nj@njabc.com. 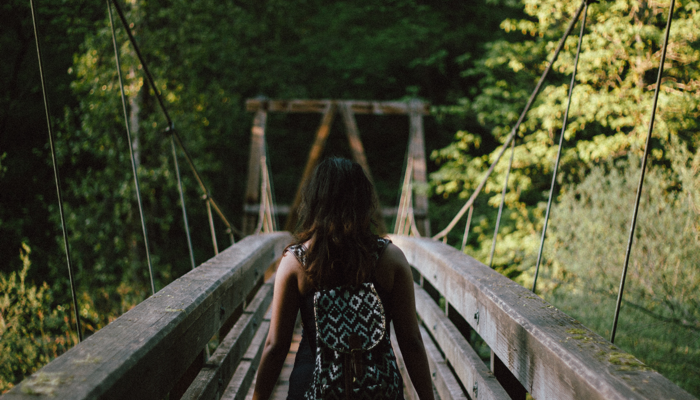 Why You Should Become a Thought Leader—ASAP!

A product launch is a campaign

Change Management is a process

A Product Launch “Is He Cheating on Me” Quiz

#LaunchFail – Losing Credibility with Your Channel

Your survey data is flawed, and what to do about it