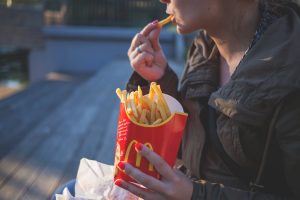 Sure McD’s has always had small, medium, and large fries, and small, medium and large drinks. These are classic good, better, best pricing and portfolio techniques. However, they recently went to good, better, best for the most classic of all McDonald’s sandwiches: the Big Mac. They are introducing the Mac Jr, a Big Mac with only one beef patty. (In case you didn’t know, a Big Mac is two all-beef patties, special sauce, lettuce, cheese, pickles and onions on a sesame seed bun.) They are also introducing the Grand Mac which has two bigger patties of meat.

Like most companies, McDonald’s hasn’t shared their reasoning behind this, but let’s see if we can make sense of it.

First, the Big Mac is the iconic McD burger. The special sauce really is unique. (Full disclosure: I worked at McDonald’s as a burger flipper almost 40 years ago. It’s probably why I use so many McD examples.) People used to order a cheeseburger and ask for Mac sauce on it. Other fast-food places don’t offer that sauce, which is good for McD’s.

Why would McDonald’s go from offering just a single version of a Big Mac to having a good, better, best (or small, medium, large)? To answer that we first have to go back to our understanding of how people use good, better, best (GBB from now on) to make a decision.

First, if they know exactly what they need, they buy that. Experts buy the one they need.

Second, buyers who are scraping to get into the product category buy good. Buyers who make a lot of money relative to the price of the item tend to buy best. Everyone else buys better.

Now let’s put it all together. I would guess most people are experts at McDonald’s. They have eaten there enough times, they have enough experience and they know exactly what they need. The implication then behind McD’s addition of the smaller and larger Big Macs is that there were people who truly wanted bigger and smaller sandwiches. However, the only sandwich that McD’s offered that had the Mac sauce was the Big Mac.

This meant they were losing out on people who like the Big Mac flavor, but wanted a smaller sandwich. Most of them would not be willing to ask for a cheeseburger with Mac sauce. Same thing is true for people who want bigger sandwiches, more meat.

Here is the ribbon to tie it together: There is little differentiation between a cheeseburger at McD’s and one at Burger King or Carl’s Jr or … But the Mac 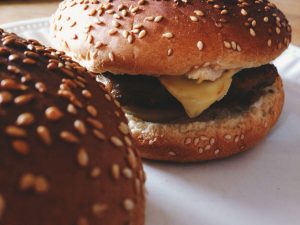 McDonald’s has made it so everybody who likes the Mac sauce now has a reason to come to the restaurant.

This is not traditional GBB where the point is to get the buyers to buy the one in the middle, but it is classic GBB in that each step up is everything the lower version is plus more. It’s easy for buyers to make decisions between the GBB offerings. Knowing that people are probably experts in this decision, they are targeting three different buyer types with three slightly different sandwiches.

Product Management Software Will Not Fix Your Broken Product, But Knowing the Answers to These 6 Questions Might

When You Should Use Cost-Plus Pricing