Friday Fun: Why we need to evolve from ST:TOS to ST:TNG

By Steve Johnson May 15, 2009
In honor of the recent release of the confusingly titled Star Trek (2009) by J.J. Abrams, I'm reposting this sidebar from The Pragmatic Marketer: Volume 3 Issue 5.

Why we need to evolve from ST:TOS to ST:TNG 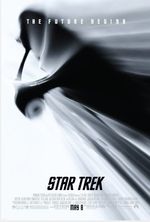 Is your company The Original Series or The Next Generation?

Of course, everyone can equate Spock with the typical developer: quite logical without emotion, using facts and reason to draw conclusions. Spock is willing to spend hours on a problem despite pressure to make a quick decision. As we saw in Star Trek IV (the one with the whales), Bones implored Spock to make a guess. Spock: “Guessing is not in my nature.” Yet in many cases, a development “guess” is adequate to make decisions. Unfortunately, sales people are often like Captain Kirk: action without thought, asking for the impossible and frequently violating the prime directive. Meanwhile, Dr. Leonard “Bones” McCoy is like many marketing people: emotion without logic, frequently complaining about what they aren’t: “Damn it, Jim. I’m a doctor, not a bricklayer.” Thankfully, we have Scotty as a stand-in for our product managers. Scotty initially tells Kirk that whatever he wants is impossible and fifteen minutes later, says, “Okay, you’ve got warp drive.” Where is the president in all of this? Back at Starfleet, without a clue of what is really happening in the field. Alas, in many companies, the sales people are running the show; the VP of Sales is really the COO. As our company grows, we need to evolve to be more like Star Trek: The Next Generation. Here we have Captain Picard, acting as our president; Commander Riker is our sales people. Data, in the development role, continues to use logic, as Spock did, but attempts to understand the human elements of man, as Spock rarely did. Beverly Crusher, in the marketing role, is a good doctor, as was McCoy, but she also understands the business of the starship, can and does serve as an executive officer with understanding of all roles, and uses scientific metrics to evaluate the health of the crew. In “Relics” (Episode #130, Season 6) Scotty has survived for three quarters of a century by keeping himself suspended in molecular limbo in the ship’s transporter system. When he and Geordi La Forge attempt to work together, Scotty listens in horror as Geordi delivers an accurate assessment of the situation to Captain Picard and Commander Riker.

SCOTT: (Shocked) “Ye didna tell him how long it was really going to take you?”

GEORDI: (irritated) “Of course I did.”

SCOTT: “Oh... Laddie. You’ve got a lot to learn if you want them to think of you as a miracle worker.”*

Here is the difference: Picard can be trusted with accurate information while Kirk cannot. Picard never makes promises that his crew cannot keep while Kirk frequently does. And the crew knows it… in both cases. The “old school” acts more on instinct and hope while the next generation acts on procedure and knowledge. Is your company like the Next Generation or stuck in the Original Series?

The Importance of NOT Doing What Customers Ask

What You Need to be a Rockstar at Work

Why Are Women’s Products More Expensive than Men’s?

Price Segmentation Even at Christmas?

Interviewing Tips, Marketing for Dummies and Assessing Your Assets

Give Buyers What They Want