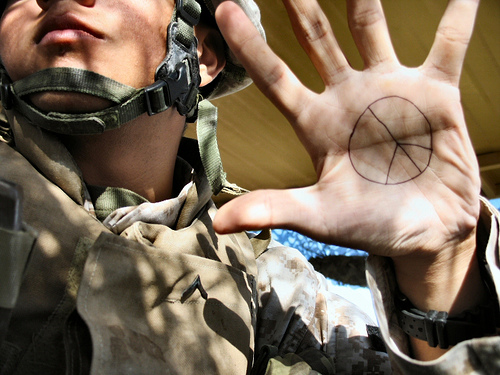 As we plunge into the holiday shopping season, many business news organizations write about the impending price wars.

The following excerpt from the November 20, 2013 Wall Street Journal article titled “Price War Looms For Electronics” screamed out at me that there is a lesson here to be learned about trying to avoid a price war.  First, read the excerpt.

Best Buy Co. shares plunged 11% Tuesday, after the electronics chain warned investors that it was prepared to sharply cut prices—even at the risk of its profit margins—to keep up with competitors that are aggressively discounting to win market share. Chief among those rivals is Wal-Mart Stores Inc., which last week stated bluntly that it will turn to even more price cuts to boost its stagnant sales.

I’m especially enamored with the comment that Best Buy warned “that it was prepared to sharply cut prices to keep up with competitors.” Think about what this statement says.

Maybe it’s completely truthful and it means exactly what it says.  They are ready and willing to fight any price war that comes along.

However, think deeper.  What it could mean is: “I’m warning you competitors to not start a price war because it won’t end in you gaining share, only in lower profits for all.  We are committed to maintaining our share even at lower prices.  Since lowering prices won’t gain you share, you might as well not try.”  The statement could be an attempt to stop the price war from ever beginning.

Economists call this “cheap talk” and would take the logic even further.  They point out that it is costless for Best Buy to make this statement.  And, if Wal-Mart aggressively lowers prices, there is no gun to Best Buy’s head forcing them to fight a price war.  Hence it may simply be an idle threat to keep competitors from lowering prices.  The logical conclusion is that competitors should not believe this threat is credible.

Although economists are usually right in theory, this doesn’t feel like the best explanation.  Since Best Buy made the statement to their investors, they are essentially committing to a course of action.  Yet surely they are hopeful that announcing these intentions, their competitors will choose to not compete so aggressively.  This holds industry profits up for all.

Regardless of the truth of Best Buy’s intentions, we can learn a lesson from this.  Threats of aggressive retaliation often keeps competitors from using price to compete.  That has the potential to keep profits, yours and the industries, higher.  The lesson, be strong and threaten retaliation in a price war.  After all, the threat doesn’t cost you anything and it just may work.

What Sun Tzu Can Tell Us About Competitive Intelligence

Pricing in Channels – Channel Partners Are Customers Too