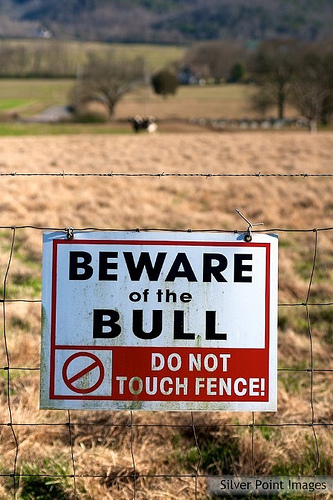 I’ve had the pleasure of working with many pricing consultants. They were all smart and I’ve learned from each one.

Now that I’ve said something nice …

Pricing consultants do have the ability to quickly increase your profitability while at the same time destroying your company. (OK, maybe destroy is an exaggeration, but not by much.)

First, they really do have very smart people and they absolutely find lost money. Some examples include finding bad discounting behaviors, changing sales compensation plans to incentivize better pricing behavior, and identifying market segments with different willingness to pay. These all fall on the good side of pricing consultant behaviors.

However, they also have the ability to find short term money that has long term negative consequences. They are so eager to prove their value and put real dollars on the bottom line they ignore the results that may come later. Their incentive is to deliver near term profitability.

What compounds this though is that executives listen to them. After all executives approved paying these consultants millions of dollars. They want to believe that the consultant is sharing industry “best practices”.

The following fictional story is representative of situations I’ve observed.

Alpha consulting is a big name pricing consultant. Beta is the customer. After a free preliminary investigation, Alpha claims that by improving pricing processes, Beta can increase profit at least $30M per year. Beta likes this proposal and pays their fee of several million dollars. Who wouldn’t pay a few million for a return of $30M/year?

Now, Alpha really digs into the data. Combining their powerful analysis techniques with their experience they find 5 areas where Beta can quickly gain more revenue. 4 of these clean up the mistakes that Beta makes in price setting and pricing execution. These will produce returns far into the future as long as Beta maintains the new practices.

However, the 5th area proposes to raise prices on some large customers. This will put millions of dollars in Beta’s pockets … in the near term. After all, the switching costs for these customers are quite high so they are unlikely to change suppliers.

When presenting this to the executive team, Alpha consulting says things like, “in our experience customers are willing to accept this,” and “this is normal in the industry.” The executives want to believe this is true AND they want the millions of dollars. After all, the consultants are speaking from experience. So they agree.

The company raises prices and profits do go up by millions of dollars. Woo Hoo! The consultant looks very smart. The executives rejoice.

A couple years later, long after the consultant is gone, the bill comes due. Beta’s large customers release new products, but Beta’s products are no longer being used. They have been designed out. What’s even worse, the customer’s development teams have been explicitly told to not consider ANY of Beta’s products. The customers’ ire is not limited to the products where prices were increased. They are mad at the entire company. It will take many years before Beta can get their foot in the door again.

Remember, these were large customers, a big portion of Beta’s revenue. A very bad situation.

The problem is simple. Pricing consultants have incentives to produce short term revenue and profit gains, with no penalties for any negative long term consequences.

Your lesson: Go ahead and hire pricing consultants, they are mostly brilliant. Just don’t blindly accept their recommendations. Along with all of the good things they do, pricing consultants have an incentive to overstep, to gain short term profit by raising prices at the risk of upsetting customers. Your job: Don’t let that happen. Don’t upset your customers.

Charging to Browse - It's Inevitable
Why Isn’t Pricing More Valued in Companies?

What Pricing People (should) Do
The Power of Discounts