B2B Marketing in 2008: Trends and Spending

The folks at MarketingProfs teamed up with Forrester Research to conduct a marketing trends and spending survey.

The respondents were 462 professionals from MarketingProf’s database of more than 300,000 names.  As you can imagine the companies represented were all over the map.  About half of them had less than $100 million in sales, 15% $100 million to $1 billion and 24% over $1 billion.  Many industries were represented so the numbers are an average of averages.

Marketing tactics being in their marketing mix: 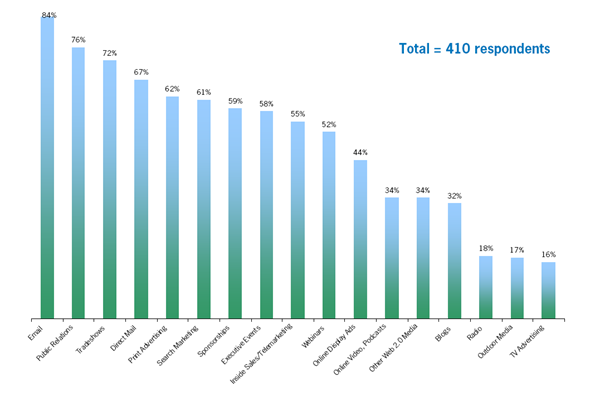 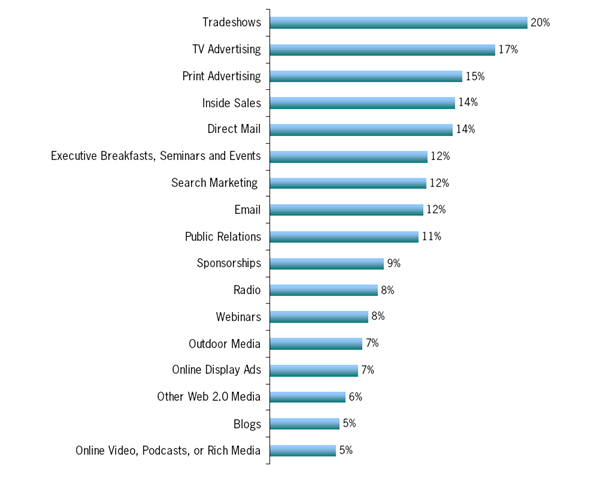 Effectiveness of tactics in generating leads: 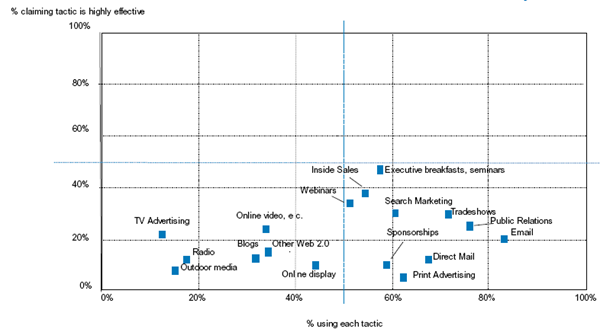 People do less research on products that have already launched

What Consumer Technology Companies Can Learn From Apple Product Launches